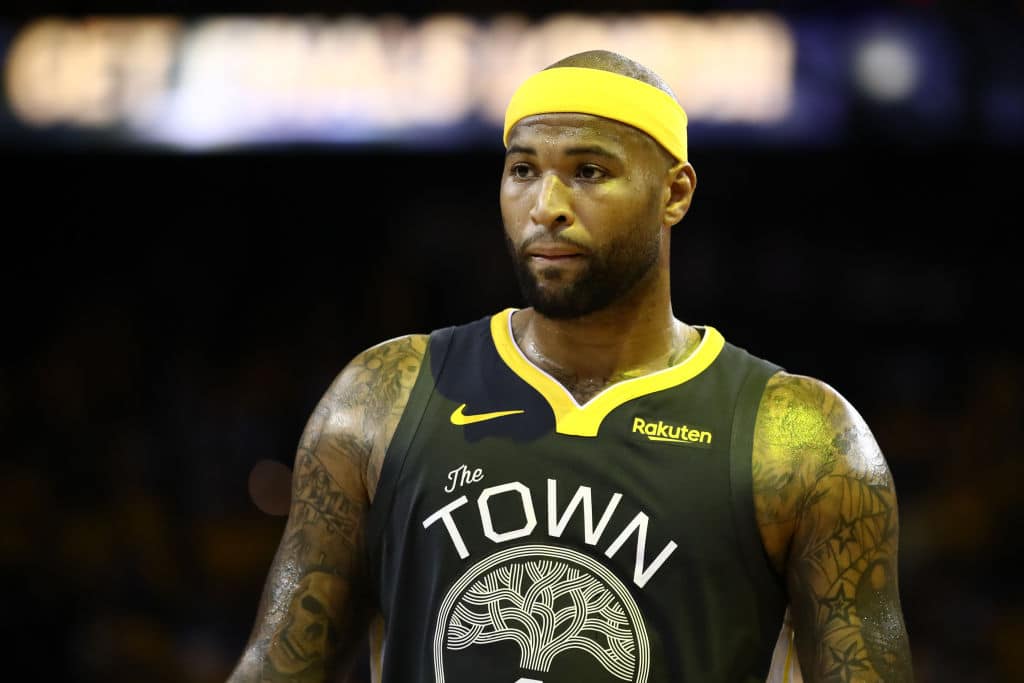 Cousins faces unique challenges on the open market and there’s no shortage of intrigue surrounding his value or perceived lack there of. Yesterday, Adrian Wojnarowski of ESPN said on SportsCenter that there’s no market for him, adding that he doesn’t even foresee Cousins landing the mid-level exception that he signed last summer.

Cousins battled back from an Achilles injury in the first half of last season but averaged 16.3 points and 8.2 rebounds per game in the 30 games that he did play for the Warriors. His value and overall health then took another hit in the first-round of the postseason when he suffered a quad injury that held him out of action until the Finals.

While it’s worth noting that Wojnarowski is clearly bearish on the big man, he dismisses a scenario that may still prove possible and could potentially be Cousins’ ticket to a moderately notable payday: latching on with a team that strikes out in its bid for a max player.

At this stage in free agency only one max player remains, Kawhi Leonard, and the two Los Angeles teams are sitting on north of $30 million apiece in cap space. Wojnarowski may have the impression that neither team is very enthusiastic about the idea – and his sources are world class – but that may change when Leonard is off the table and Cousins suddenly becomes the highest ceiling impact player available.

Another team that isn’t in the running for Leonard but still has roughly $20 million available is Dallas. Brad Townsend of the Dallas Morning News tweeted yesterday that the Mavs were infatuated with Cousins prior to his injuries. While the circumstances are much different now in the summer of 2019 than they were then, it’s not impossible to picture a fit there.

So, when Leonard does end up signing somewhere, leaving at least two and potentially three of those teams with money to burn, we’ll see a series of reactionary transactions as they scramble to carry out their offseasons.

Perhaps they all have other contingency plans in their back pocket that don’t involve pursuing Cousins but resisting a technically healthy, skilled passing big man just two years removed from being a top-10 league asset is easier said than done.

Make no mistake, the market hasn’t been kind to Cousins the past two summers but with power agent Schwartz at his side and another flurry of free agency activity waiting to come when the Kawhi Leonard domino falls, anything could happen.

Worst case scenario, if Wojnarowski’s read on the situation is spot on, Cousins could always end up back with the Warriors. It’s unlikely they could offer even the 120% raise on his $5.7 million 2018-19 deal after all the posturing they had to do for the D’Angelo Russel sign-and-trade, but they’re an organization he’s familiar with that suddenly has some holes to fill.

Where do you see Cousins hanging his hat in 2019-20? Let me know in the comments below.