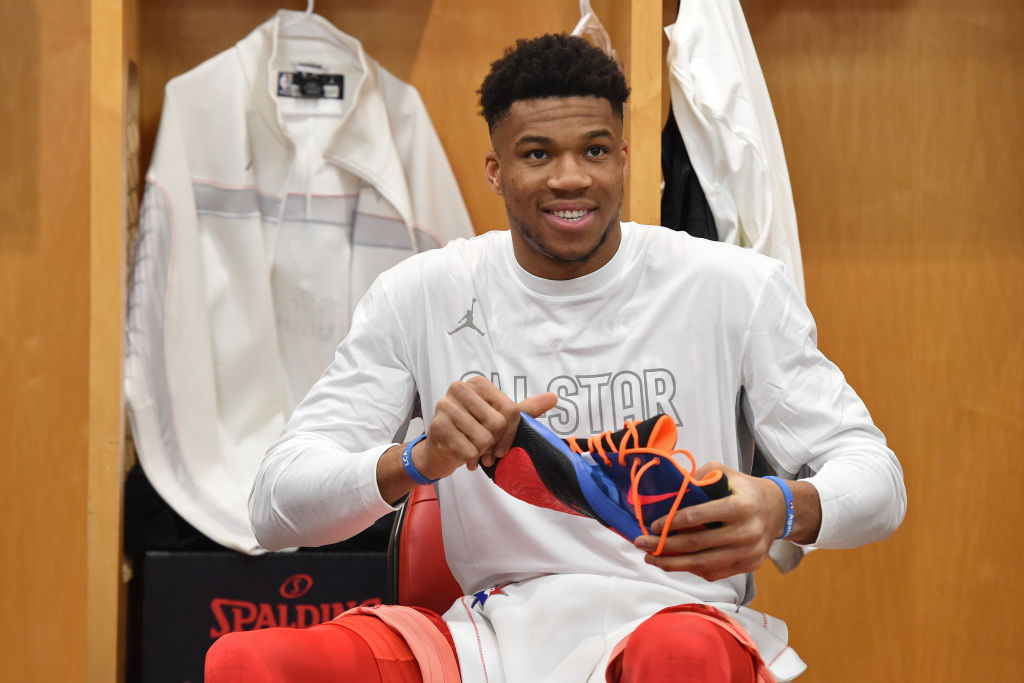 Giannis Antetokounmpo addressed his future in Milwaukee during NBA All-Star Weekend, saying he’s committed to the Bucks “as long as we’re winning.”

“I can’t think that far ahead,” Antetokounmpo told USA Today.

“You know, I’m just trying to focus in the moment and get better. But why not? I’m a guy that wants to be with a team for a while, but, as long as we’re winning. And we’re winning so far, so I don’t think anything is going to change.”

The League’s reigning MVP, however, raised eyebrows when he mentioned that it would be amazing to team up with his three brothers in “Milwaukee, L.A., wherever.”

Barack Obama also challenged The Greek Freak to “be a little more public” with his charitable acts during a fireside chat in Chicago.

“I want you to be a little more public, Giannis, because I think you have something to give in terms of giving back,” Obama said. “And you can set an example for the people.”

His personal life has been in the news recently after the arrival of his first-born son, Liam, one week ago, but he’s seldom eager to talk about himself.

“I appreciate the fact that Giannis is private,” Obama added. “You can tell he’s just focused, because momma did a good job. So, he’s not running around. He’s like, ‘No, I’m hitting the gym and I’m going home,’ which is great.”

Giannis was asked after Sunday’s All-Star Game about the experience.

“Obviously, I was extremely nervous,” he said. “It was the second time meeting Barack Obama. Had guys on the stage, Chris Paul was there with me, Kevin Love was there. We were just there to like share our stories, what we’ve done for the community, what we are about to do for the community. Personally, I was just there to learn. Obviously, Chris Paul has been in the league for 15, 16 years, Kevin Love the same. I was there to learn from them, and what I’ve heard, because I’m a private guy, I don’t like sharing a lot of what I do, how I spend my time, but what I learned from him is that, in order for you to change people’s lives and make a change and hope that other people can change and follow the right path, you’ve got to be more public. So that’s what he told me. And we had a conversation, and he gave me a lot of advice about my son.”