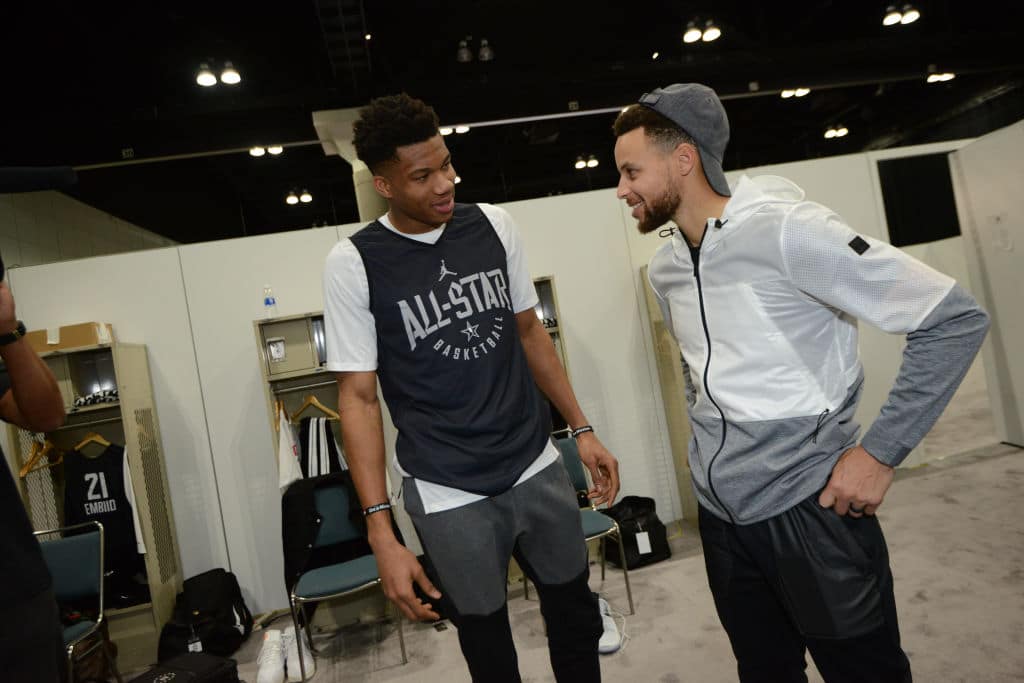 Giannis Antetokounmpo might “return the favor” by making Stephen Curry his first pick for the NBA All-Star Game.

The Greek Freak says the rest of his selection process will be more-or-less random.

"I might pick #StephCurry because he picked me first last year. After that I think it’s going to be random. I want to pick first-year guys, first-year #NBAAllStar guys, and of course #KhrisMiddleton." pic.twitter.com/YP2mmoittx

Antetokounmpo is the captain of one team as the Eastern Conference’s top vote-getter, and will face LeBron James’ squad Feb. 17 in Charlotte.

Antetokounmpo said he hasn’t made a list of who he wants when they make their selections Thursday, because James could get the players he wants first. But the Milwaukee Bucks star did say Monday where he thinks he’ll start building his team.

“I might pick Steph because he picked me first last year so I’ve got to return the favor,” Antetokounmpo said after Milwaukee’s 113-94 victory over Brooklyn. “And after that, I don’t know. I think it’s going to be random. But I want to try to pick first-year guys, first-year All-Star guys and of course Khris.”

That would be Khris Middleton, his Bucks teammate who was selected for his first All-Star Game.