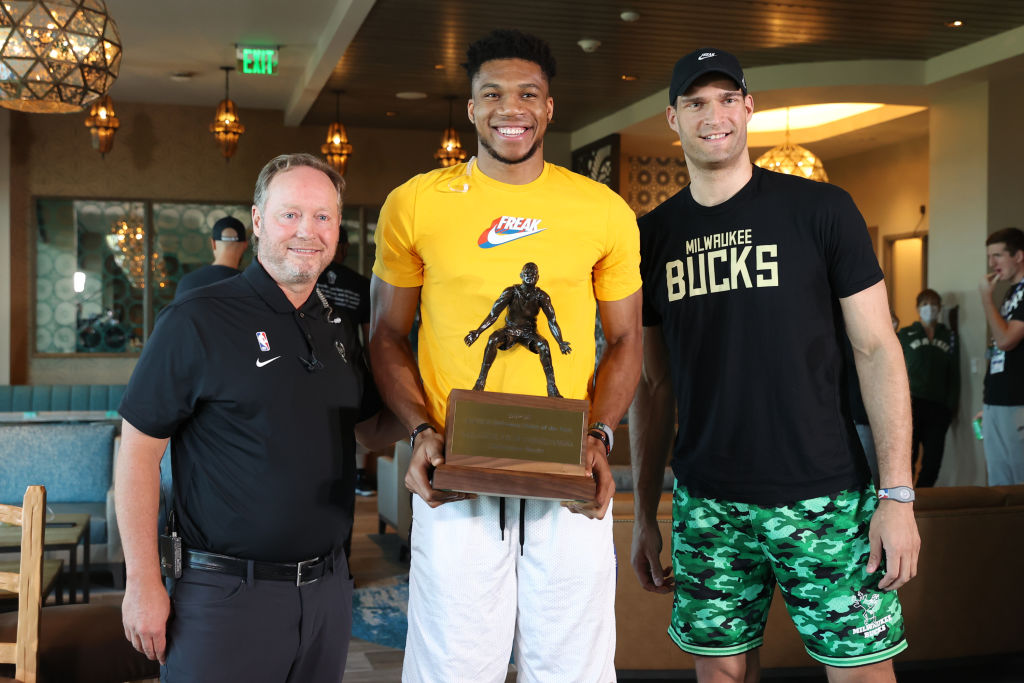 The NBA has announced that Giannis Antetokounmpo has been named the 2019-20 Defensive Player of the Year, joining a prestigious list of Hall of Famers that won both this award and Most Valuable Player over the course of a career.

It’s well within reason that Antetokounmpo wins MVP again this season but the mere fact that he pairs this year’s defensive trophy with his 2018-19 MVP is enough to put him in the elite company of Michael Jordan, Hakeem Olajuwon, David Robinson and Kevin Garnett.

Only Jordan and Olajuwon have previously won both in the same season.

Antetokounmpo’s defensive credentials are no joke, his flexibility on that end of the floor allows the Milwaukee Bucks to trot out a historically dominant defense, as Thinking Basketball’s Ben Taylor laid out in a featured video earlier this year.

Milwaukee’s league-best defensive rating allowed the Bucks to rack up the best net rating in the league (by far) and march to a first-place finish in the Eastern Conference.