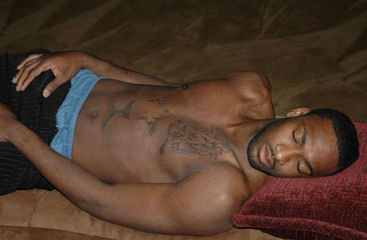 You might recall that Arenas missed an EA Sports event in Vancouver because he couldn’t catch a flight out of DC (something about not having his passport). The thing is that Gil couldn’t get out of the country because he was giving his girlfriend the cold shoulder because of an argument they had. Dude literally went on strike from his girl and spent a week living in a gym:

So, back to the EA event, I didn’t have a passport or driver’s license to actually go to Canada because I was on strike and I didn’t want to go back to the house because she kicked me out. She kicked me out of the car on a Sunday, I had to wait till the following Sunday to talk to her again. Now we’re good.

This, more than anything else I believe, is why people adore Gilbert Arenas: He’s not afraid to show his humanity. At the end of the day, he’s just a dopey, funny dude with problems like you and I. Oh yeah, he also happens to be able to hit 35 footers with ease.

(By the way, Gil wants you guys at the office to get cracking on his next SLAM cover with his own SLAM shoe.)