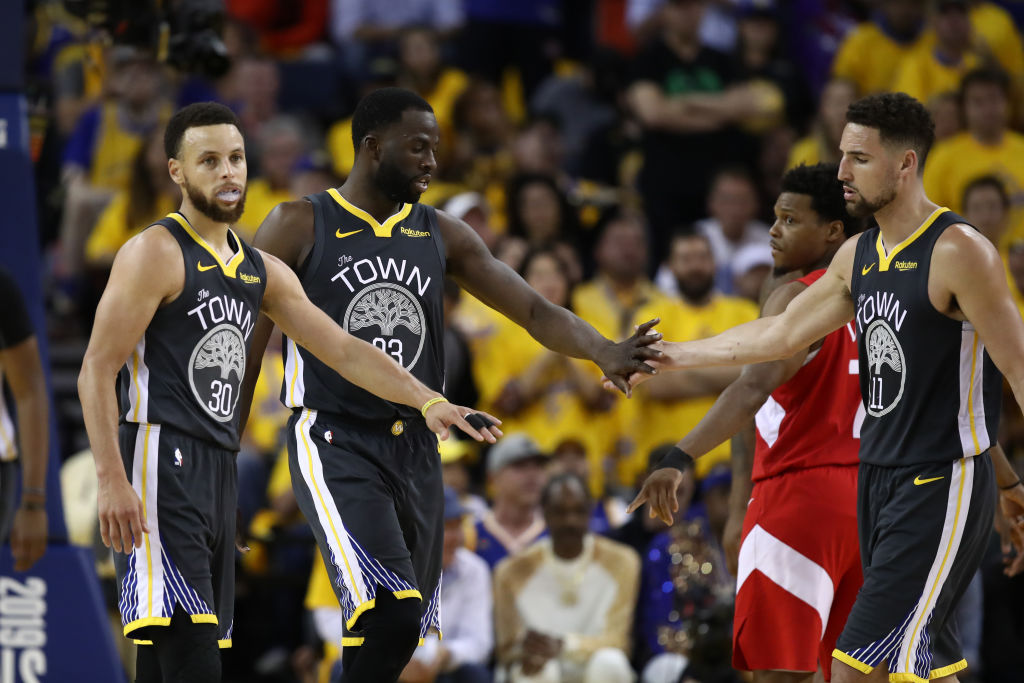 The 2020 NBA Draft is set to take place on November 18. The Golden State Warriors are slated to select with pick No. 2, which is just their second lottery pick since 2012.

They’re in a unique spot, as teams that are set to be title favorites don’t typically have such a high pick in the draft. Golden State has a decision to make on whether they use the pick or trade it.

The Warriors have a handful of NBA All-Stars in Steph Curry, Klay Thompson and Draymond Green who all have very different personalities.

What kind of input do these three have on the Warriors’ upcoming draft decision? President of Basketball Operations and General Manager Bob Myers recently spoke with 95.7 FM The Game about how each of these individuals approach the draft process and how involved they are.

“Klay doesn’t care. He’ll show up at training camp and be like: ‘Is that the guy right there? That the guy we drafted there?’

Are we surprised? Certainly not, as Thompson is the soft-spoken type of player who will walk onto the court and give you buckets regardless of who you put around him.

“Steph is different. He’s almost like ‘I trust you to do what you do if you think it’s right.’ If I call Steph and ask him, he’ll give an opinion.”

It sounds like Curry will give input if they need it, but if not, he trusts the decisions of the front office. For what it’s worth, the front office has earned this respect considering their recent draft history with Curry, Thompson and Green all being original Warriors selections.

Draymond cares. Draymond loves it, he’s a junky…But Draymond is the uninvited commentary. He’ll do it no matter what you say or what you think. So it’s a good blend.”

On the far end of this spectrum and the opposite of Thompson is Draymond Green. Whether Myers and the rest of the front office want input or not, they’re getting it from him. All three of these guys have very different approaches to the draft, but as Bob Myers said, it’s a good blend.