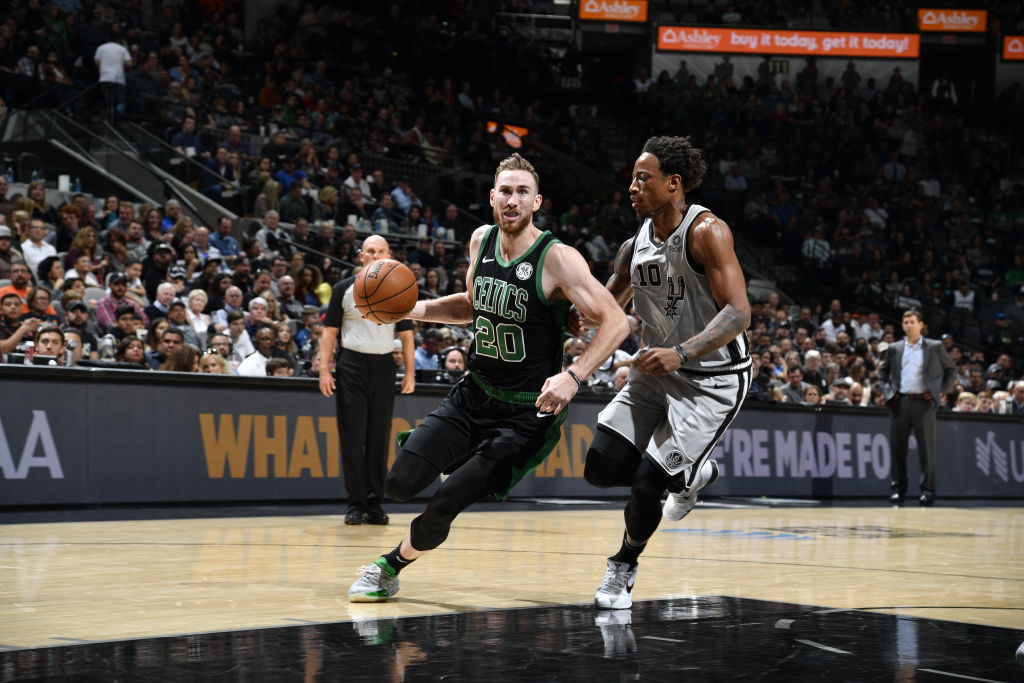 Update #2, Nov. 11: Hayward has had surgery on his left hand and is expected to miss six weeks, Shams Charania of The Athletic reports.

Update #1, 6:53 pm: The Celtics will have Gordon Hayward meet with a specialist on Monday to determine whether or not surgery will be required, Adrian Wojnarowski of ESPN reports.

The Boston Celtics have revealed that forward Gordon Hayward has been diagnosed with a fractured left hand. Per a team press release, an x-ray revealed the extent of the injury sustained in Boston’s Saturday afternoon contest.

Hayward had been enjoying a fantastic 2019-20 campaign, averaging 18.9 points and 7.1 rebounds per contest just two years after a gruesome leg injury put a damper on his All-Star career.

Adam Kaufman of Boston radio station WBZ News tweets that the forward injured his hand late in the first half after running into a screen set by LaMarcus Aldridge (video below).

While there’s been no indication of a timetable for Hayward’s injury, Jeff Stotts of In Street Clothes recently took a deep dive into hand fractures in the wake of the injury suffered by Stephen Curry.

Per Stotts, hand fractures may or may not require surgery and the range of recovery for NBA players varies considerably. We’ll update this story when more details about Hayward’s particular injury come to light.