Back in July of 2014, LeBron James flipped the basketball world on its head when he announced that he was returning to the Cleveland Cavaliers. Though some fans criticized his decision to leave a franchise behind (again), most respected his desire to attempt to end Cleveland’s long-held championship drought.

But Heat fans were struggling. Their dominance, with two NBA titles in four years, had evaporated too quickly.

Omar Raja, a Miami native, was feeling extra nostalgic about those LeBron teams. He couldn’t find any videos to bring him back to those good Shane Battier and Mike Miller memories, though. 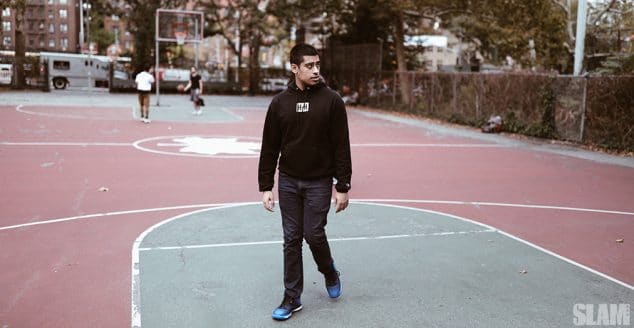 By the time August ’14 rolled around, he created an Instagram account and named it The Highlight Factory, though after a week he changed the name to House of Highlights. Nearly a year later, after amassing hundreds of thousands of followers by posting all sorts of sports highlight vids, he got an email from Bleacher Report. By January 2016, House of Highlights was officially under the B/R umbrella.

Raja’s account, which he’s been running by himself for more than three years, brought the famous #RunningManChallenge and the #DriveByDunkChallenge to the mainstream.

“That was crazy, because that was the first moment where I realized House of Highlights had this power to influence behavior,” he says about the #RunningManChallenge. “There were hundreds of celebrities doing the #RunningManChallenge, thousands of people doing it. I couldn’t believe that it started because of a video they sent to House of Highlights.”

Now that HOH is up to 7 million followers—with about 500 direct messages of user-generated videos rolling in every day—Raja and B/R are working on creating some original content.

Max Resetar is an Associate Editor at SLAM. Follow him on Twitter @maxresetar. Photo by Joseph Sherman. Video by Marcus Rosendoll.