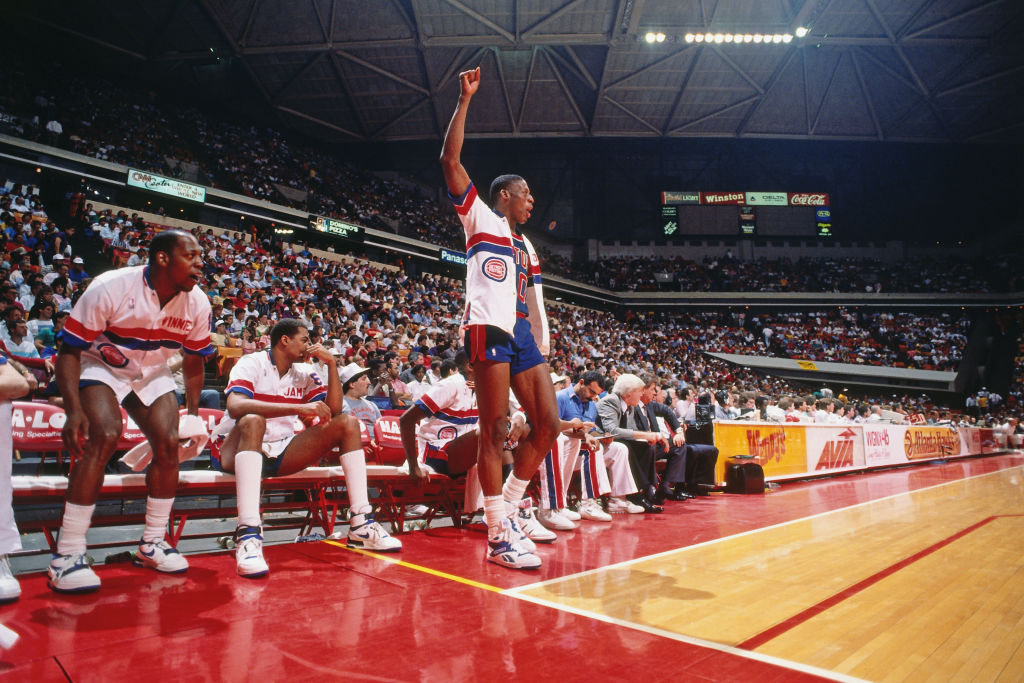 Dennis Rodman is an iconic figure in hoops history, whose lasting impression on the basketball world is the role he filled on a historically dominant Chicago Bulls team but he was much more than just a Michael Jordan sidekick.

Before he settled in as the colorful rebounding specialist that could tangle with opposing big men and change the course of a given game with a sub-five-point stat line, he was a wiry force of nature that didn’t shy away from attacking the basket.

Rodman came of age on a dominant Detroit Pistons team and while he was never a prioritized offensive option by any stretch, he was a double-double threat on a nightly basis. In 1991-92, when he set a mind melting personal best with 18.7 rebounds per game, he capped the line off with 9.8 points per night.

As a result, when I dug up some of the forward’s greatest hits, the games in which he showed an ability to put the ball in the net rose to the top. Rodman’s typical yield of rebounds and defensive stats never failed to impress but the fact that he could find the hoop efficiently down low shouldn’t be slept on.

Later in his career he even flashed skills as a playmaker. Rodman dished out seven more assists eight time in his NBA career, once with the Pistons, once with the San Antonio Spurs for whom he played from 1993-95 and then six times in Phil Jackson’s Bulls offense.

Respect the Worm as a role player for the history books but understand his ceiling as an individual was higher than some might think. The two time defensive player of the year is the only player to crack 18 rebounds per game since 1974.