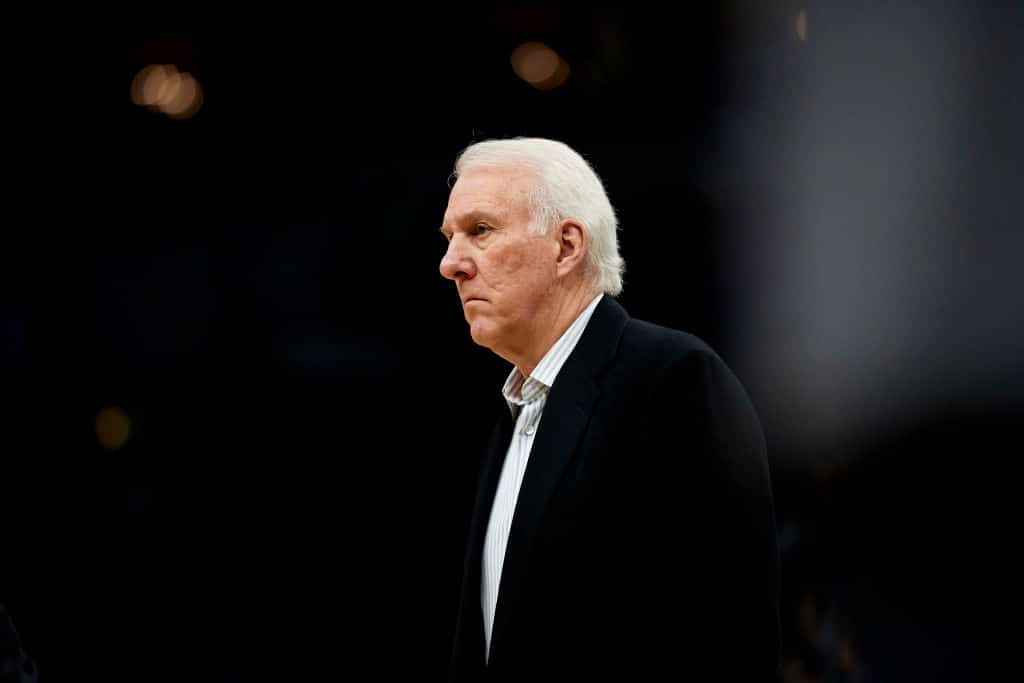 Pop says the emphasis on the long-distance bomb in today’s NBA is driven by the analytics movement.

And mostly you have to have players who can shoot the three.

“These days there’s such an emphasis on the three because it’s proven to be analytically correct,” Popovich offered Monday with what appeared to be a sneer. “Now you look at a stat sheet after a game and the first thing you look at is the threes. If you made threes and the other team didn’t, you win. You don’t even look at the rebounds or the turnovers or how much transition D was involved. You don’t even care. That’s how much an impact the three-point shot has and it’s evidenced by how everybody plays.”

“I hate it, but I always have,” Popovich said even as he’s adjusted over the years. “I’ve hated the three for 20 years. That’s why I make a joke all the time (and say) if we’re going to make it a different game, let’s have a four-point play. Because if everybody likes the three, they’ll really like the four. People will jump out of their seats if you have a five-point play. It will be great. There’s no basketball anymore, there’s no beauty in it. It’s pretty boring. But it is what it is and you need to work with it.”

Related
Gregg Popovich: ‘Big Guys Are Like Bored to Death’