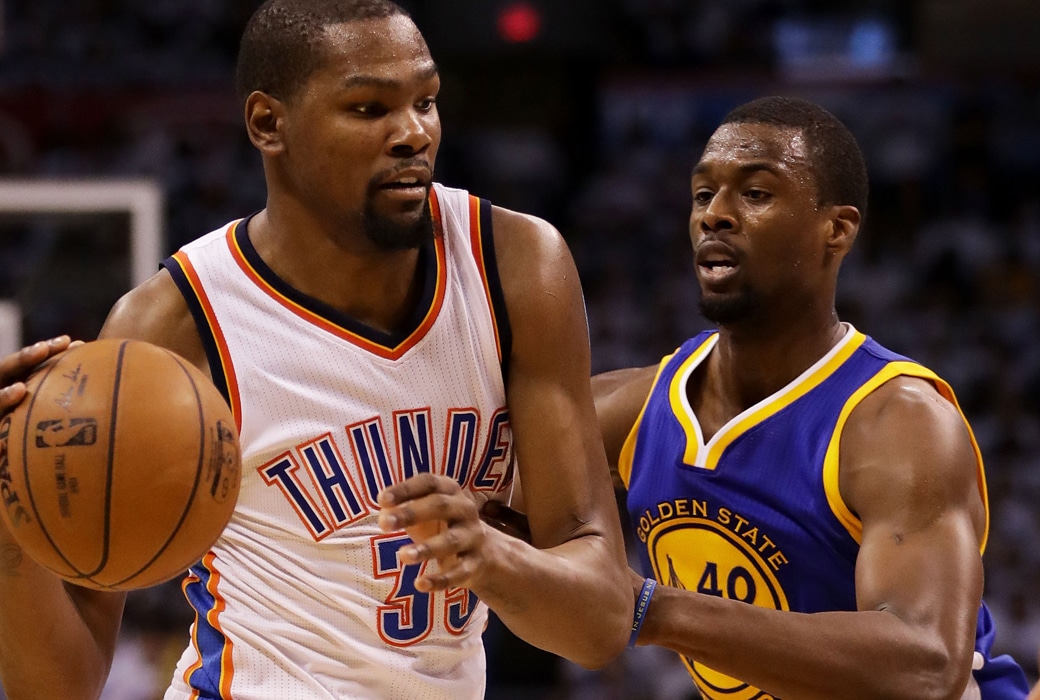 Harrison Barnes says the Thunder were “probably” the best team in the 2016 playoffs, despite blowing a 3-1 series lead to the Warriors.

While guesting on the Road Trippin’ podcast, Barnes said that if it wasn’t for Klay Thompson‘s red-hot Game 6, the Thunder would have advanced to the Finals.

“I don’t mean this in any type of offense to RJ or anything like that, but my opinion is that OKC was probably the best team in the playoffs that year.

“I mean they were rollin’. We didn’t have an answer for them. If Klay doesn’t have that crazy Game 6, they’re going to the Finals.

“That team, the way they were built—rebounding, scoring, they were doing it all.”