Hassan Whiteside With 26 Points and 22 Rebounds vs Pacers 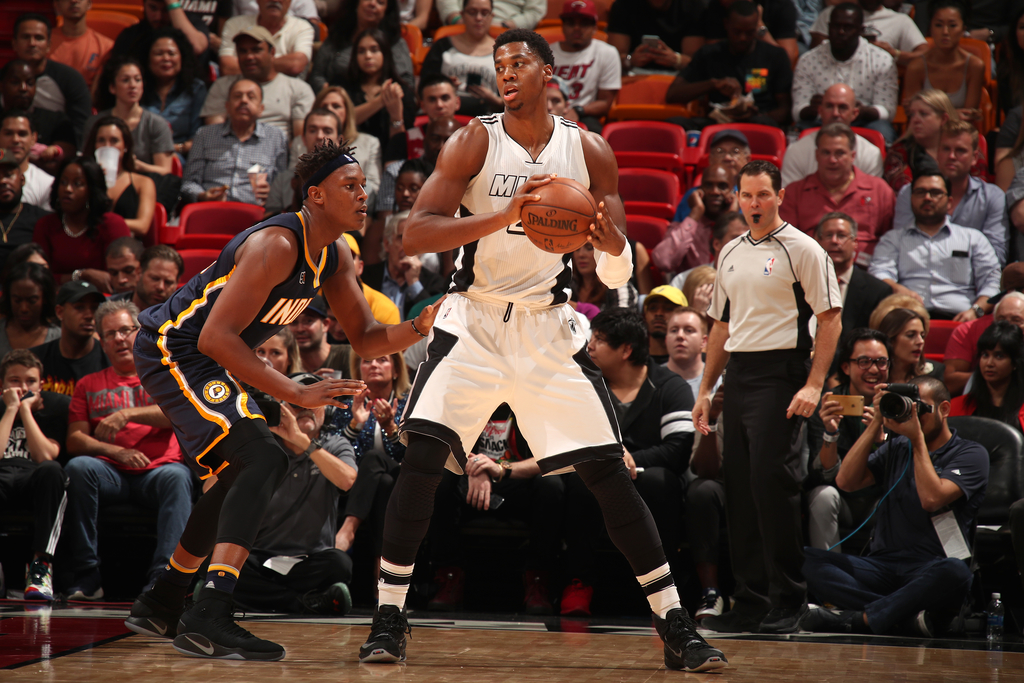 Led by Hassan Whiteside’s monster night of 26 points and 22 rebounds, the Miami Heat helf off the visiting Indiana Pacers 95-89 Wednesday.

Great win fellas shoutout Barbara Walters 💯 that will go over a lot of people head. #Heatnation

The big fella also added a pair of blocks.

This was Whiteside’s second 20-20 performance of the season.

Hassan Whiteside was one rebound shy of 20 points and 20 rebounds entering the fourth quarter. He started the quarter on the bench and then hit the milestone and then some. Whiteside now has two games with at least 20 and 20 this season, the other coming Nov. 10 against the Bulls when had exactly 20 and 20. Whiteside had gone three consecutive games without a double-double before posting 17 points and 16 rebounds Monday against Washington.

“He was dialed in,” (Heat coach Erik) Spoelstra said. “When he’s playing at a high level we’re a completely different basketball team and it’s obvious for everybody to see. That’s a big responsibility and that’s what great players want, they want to shoulder that burden. He was obviously all over the place tonight.”