Hassan Whiteside: ‘At Least Give Me a Chance to Fight’ 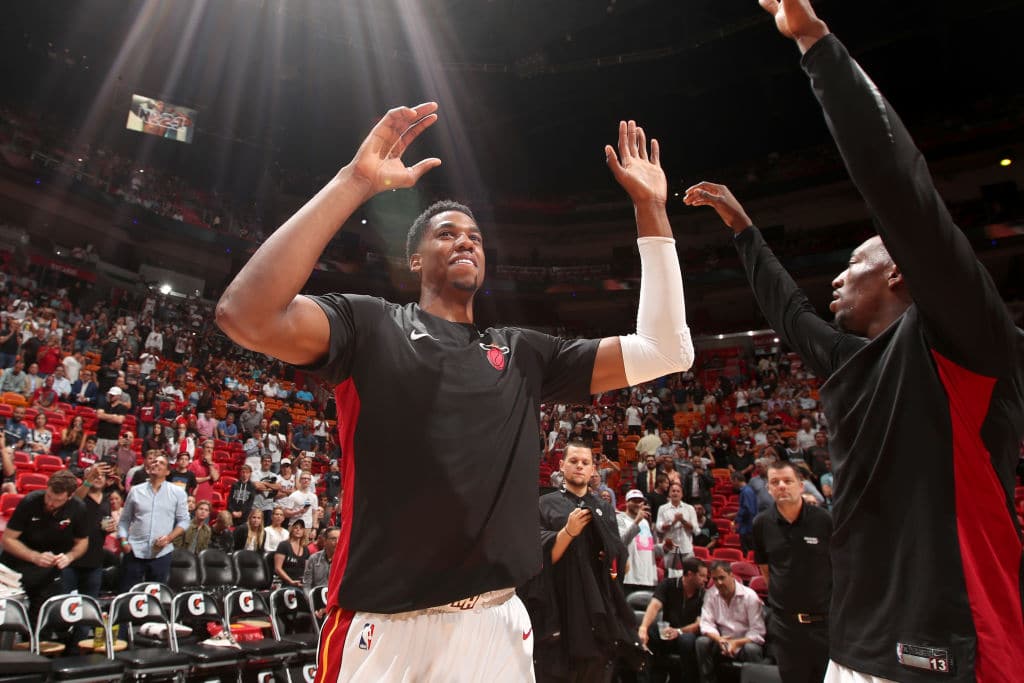 Whiteside told reporters that he simply wanted “a chance to fight” in the first-round playoff series against the Philadelphia Sixers, something Miami Heat head coach Erik Spoelstra wasn’t willing to offer.

Hassan Whiteside's closing statement: 'At least give me a chance' https://t.co/RmhsgiSOlY

“It’s been a long year, man, up and downs, up and downs,” said the shot-blocking center, whose season ended Tuesday with two points and without a basket.

Asked specifically what stood as most frustrating, he went to the place he wasn’t allowed to go Tuesday, albeit while dealing with early foul trouble.

“It’s different, it’s definitely different,” he said of the freedom granted to Embiid. “But we played a style of play Coach wanted. He wanted to utilize more spacing I guess in the playoffs, so that’s why he did it.”