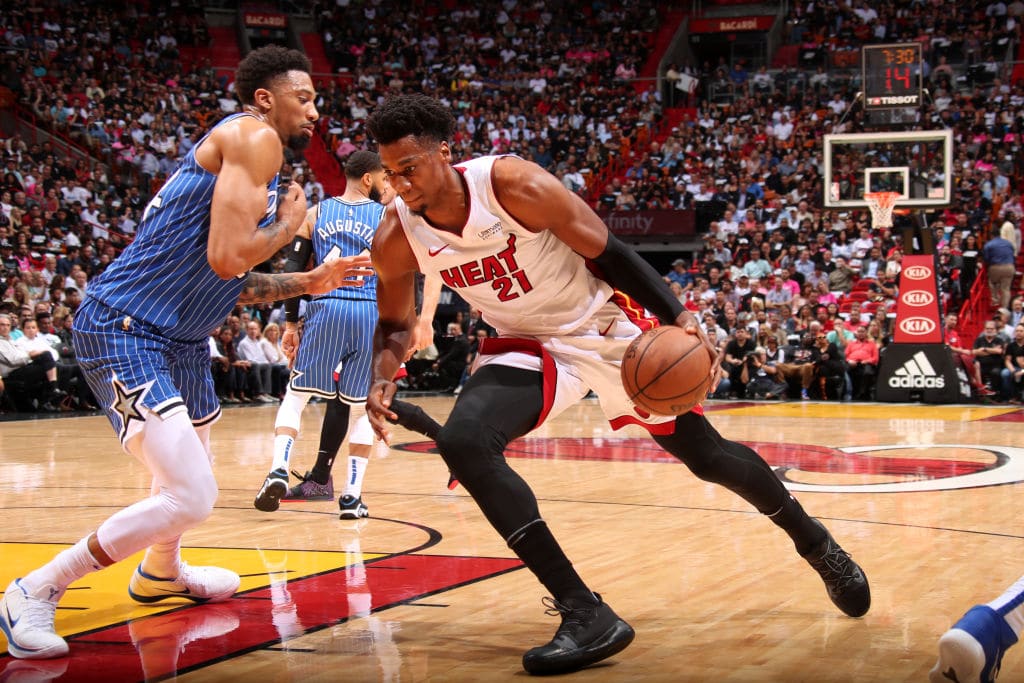 Despite concern over his role with the Heat over the past few seasons, Hassan Whiteside is expected to pick up his 2019-20 player option worth $27.1 million, Barry Jackson of the Miami Herald reports.

Whiteside continues to be one of the league’s most productive low-post scorers and rebounders but played just 23.3 minutes per game for the Heat last season.

Whiteside’s substantial cap hit will push the Heat over the luxury tax threshold but the center will technically become trade-eligible once he formally picks up the option.

Although Miami has welcomed the additions of Bam Adebayo and Kelly Olynyk at the five over the past two seasons, Whiteside remains a productive player when at his best.

Whiteside signed a four-year deal with the Heat back in 2016 and quickly posted averages of 17.1 points and 14.0 rebounds per game.

Since then, of course, the value of big men limited to the post has changed considerably and Whiteside’s role has been shrunk accordingly.