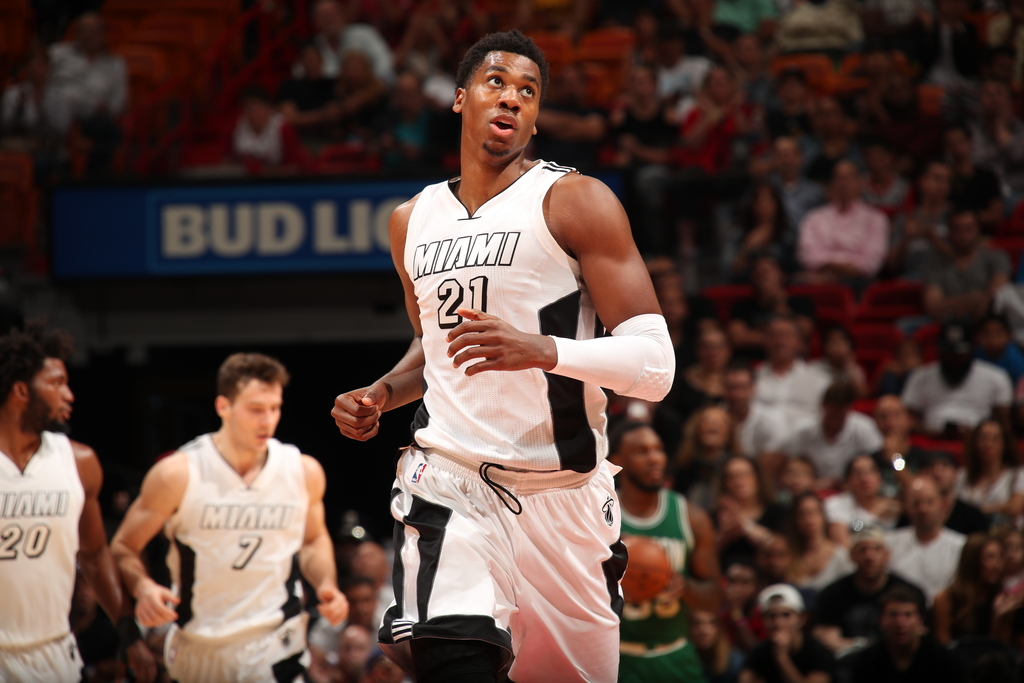 Hassan Whiteside matched his career-high with 32 points Tuesday night, but griped about not getting the ball enough late in the Miami Heat’s 136-130 double-OT loss to the visiting Orlando Magic.

Whiteside was given franchise-player type money this past summer, and wants his touches to reflect his new status.

Does @youngwhiteside get enough touches late in games? "They say I'm a franchise player. But I don't know. I don't think so." pic.twitter.com/Ueeiu71p7f

The big fella, who took a team-high 22 shots and leads the Heat with 403 field goal attempts this season, added 15 rebounds and five blocks in just under 47 minutes.

“No disrespect to the Magic or anything, but that was the most disappointing loss of the season in my opinion,” Whiteside said before he really got warmed up. “Because we had so many chances to win that game.”

“They say I’m the franchise player. I would think I should get more,” Whiteside responded when asked if he thinks he gets enough touches late in games. “But, I don’t know, man. I don’t think so to be honest. Coach is going to coach.”

The reason the Heat’s offense may not have gone to Whiteside as much down the stretch Tuesday was fatigue. Whiteside admitted after the game he was gassed. […] “I was feeling it,” Whiteside said. “I know the guys were feeling it. I’m going to really feel it tomorrow. So, I iced up as much as I can. We’ve got practice [Wednesday].”