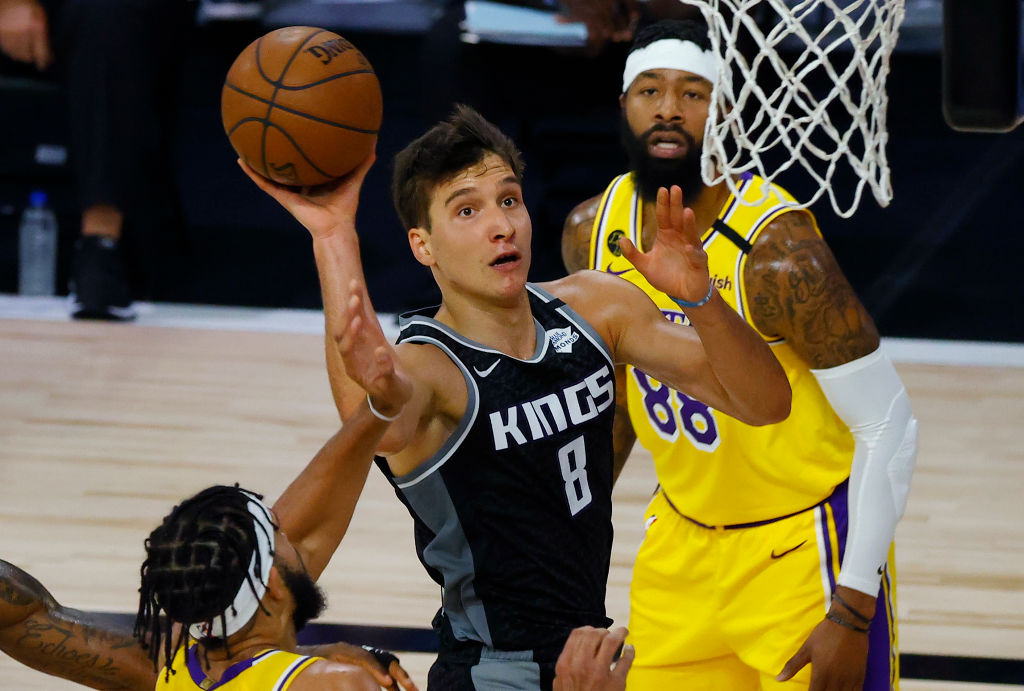 Nov. 22 Update: The Hawks are expected to formally submit this offer sheet now that they are permitted to do so. The Athletic’s Chris Kirschner reports that it’s a four-year, $72 million offer.

The Atlanta Hawks are expected to sign Bogdan Bogdanovic to an offer sheet, Emiliano Carchia of Sportando reports. The Sacramento Kings would then be forced to match the terms of the offer sheet in order to retain him.

The terms of the agreement are not yet known, no surprising given the fact that teams aren’t even permitted to formally negotiate with players until 15 minutes from now.

The report falls in line with what The Jump’s Vince Carter discussed earlier in the day. He was confident in Atlanta’s ability to land substantial free agents this offseason, mentioning the possibility of Bogdanovic.

Bogdanovic’s name has come up a lot in NBA circles this week as he was involved in a supposed sign-and-trade opportunity that would have sent him to the Milwaukee Bucks provided he signed off on the plan. That has now completely fallen through.

Bogdanovic has been a solid pro in three seasons with the Kings and would add additional firepower to a Hawks team that is ready to take the necessary steps to compete in the Eastern Conference as early as 2020-21.