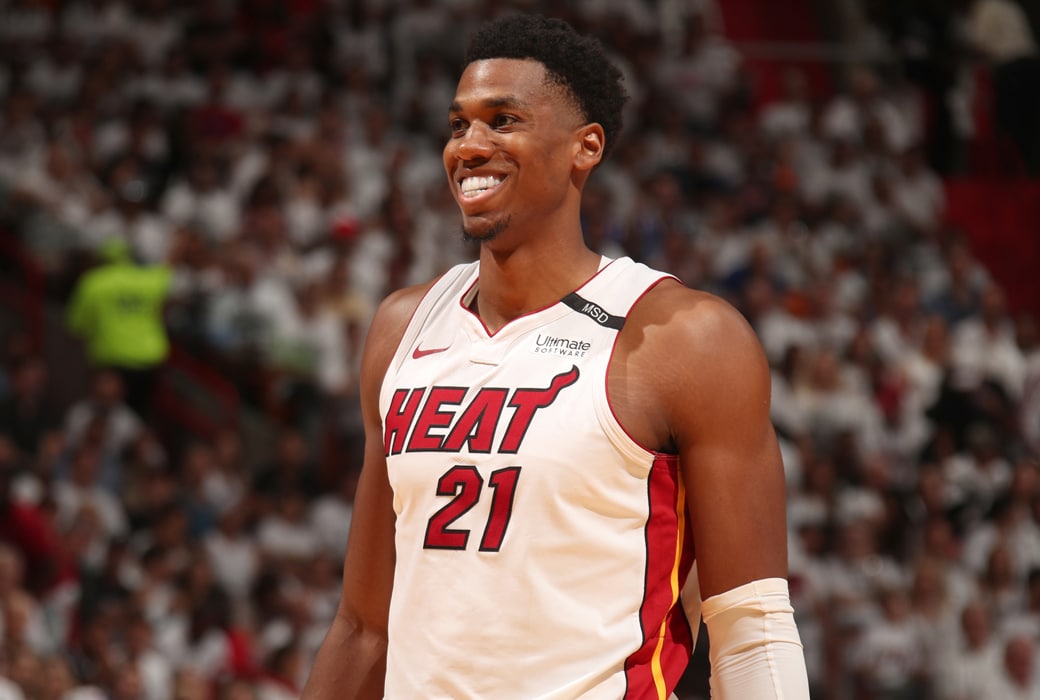 The Miami Heat will explore trades involving Hassan Whiteside during the offseason, according to the Miami Herald‘s Barry Jackson.

Whiteside, who has repeatedly voiced his displeasure with a lack of playing time, averaged just 15.2 minutes in the playoffs.

The Heat is expected to explore a Whiteside trade, with the center due $24.4 million and $27.1 million in the final two years of his contract.

RELATED:
Hassan Whiteside: ‘At Least Give Me a Chance to Fight’