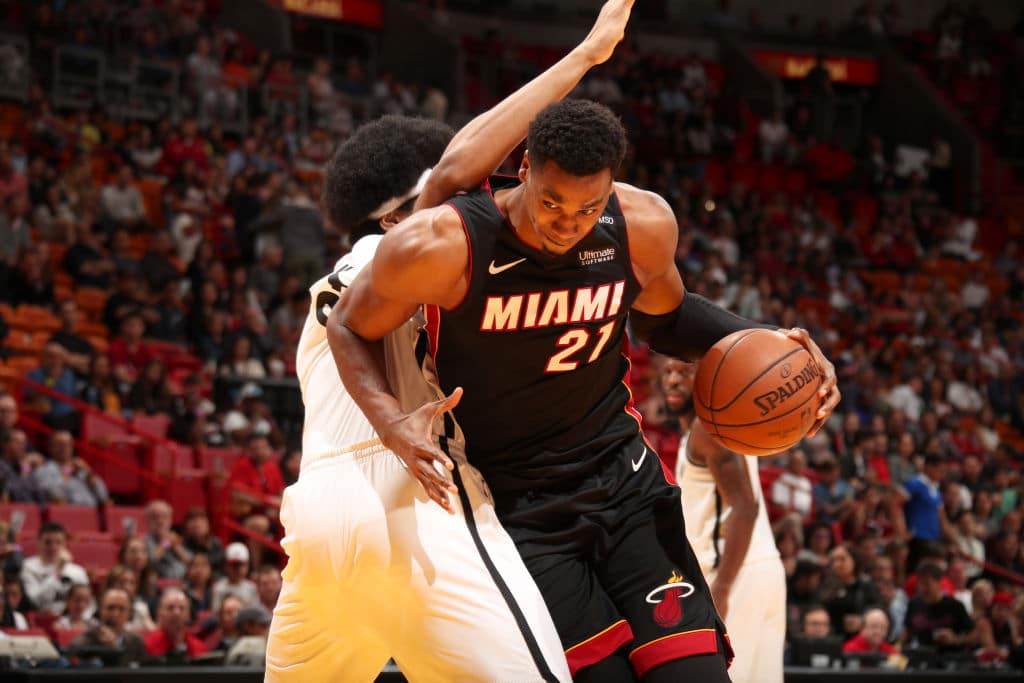 Heat center Hassan Whiteside called out Miami’s “bullsh**t” small-ball lineups Saturday night after playing just 20 out of a possible 53 minutes in a 110-109 overtime loss to the visiting Brooklyn Nets.

The big fella was subsequently fined an undisclosed amount for his comments, which the Heat considered detrimental to the team.

A bunch of things to consider on Hassan Whiteside, the NBA's 19th highest paid player who went on an expletive-filled rant about his playing time last night: https://t.co/rg65WjwdaI

Whiteside, 28, has missed 28 games due to injury and is averaging 25.4 minutes a game this season.

Asked if he tried to discuss it with one of the coaches during the game, Whiteside said: “I don’t know if it’s because I’m on a minutes restriction. The minutes have been like that all year. It’s really frustrating. It’s been frustrating. It’s tough. I don’t know, man. It’s crazy. I don’t understand it.”

Asked if this has made him question his future with the Heat, Whiteside said: “I don’t know. Maybe.”