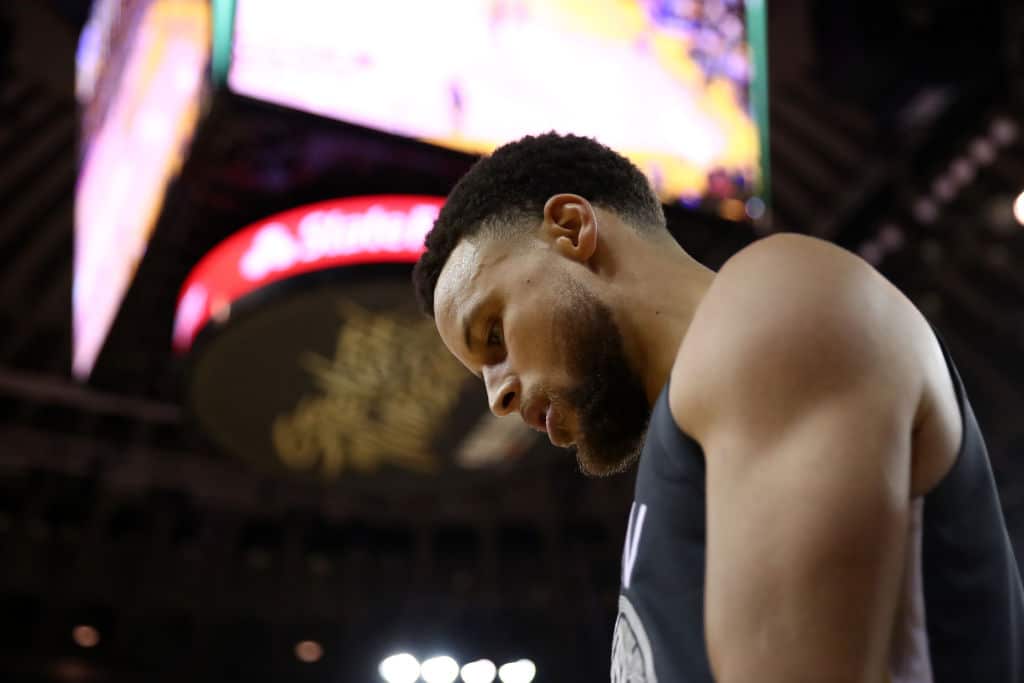 Stephen Curry is ready to carry a bigger load for Golden State next season, and has zero interest in so-called load management.

Curry, 31, says he loves the talent the Warriors have assembled after Kevin Durant left as an unrestricted free agent this summer.

Steph is looking forward to an “interesting year” for the re-tooled Dubs.

“Hell, nah,” Curry replied when asked if he would do load management. “We’ve got a great opportunity to build something special with some hungry guys looking to prove themselves. There are so many narratives people can throw at us. But at the end of the day, I’ve never been the type to show up with any other mindset than to do what you do — hoop. We’ve got championship DNA. We know that. We’ve got our core, when Klay gets back. It’s going to be an interesting year, for sure, all the way around. It’s going to be challenging to really find that momentum early. But with the new arena, losing the Finals, this summer is a different vibe. Keeps you locked in.”

It’s been a while since the Warriors have been in this position — building chemistry, developing young players, growing together.

“It will be fun for everybody,” he said. “It’s a new challenge. I love the talent we’ve got. We just don’t know what it’s going to look like because we’ve never done it before.”

Which is why, Curry said, the Warriors need Draymond Green. He helped build it and will be key to doing it again. Back in 2015, when Green was due a contract extension, Curry would, in the middle of the game when Green made a play, catch the attention of Warriors co-chairman Joe Lacob and tell him to “pay that man.” Curry is of the same mind now as Green is due a contract extension.

“I feel like he’s proven how valuable he is to a championship team and can find ways to get even better,” Curry said. “They know what’s up.”