‘He’s Not Normal’: Zion Williamson Gained 8 Pounds of Muscle in a Week 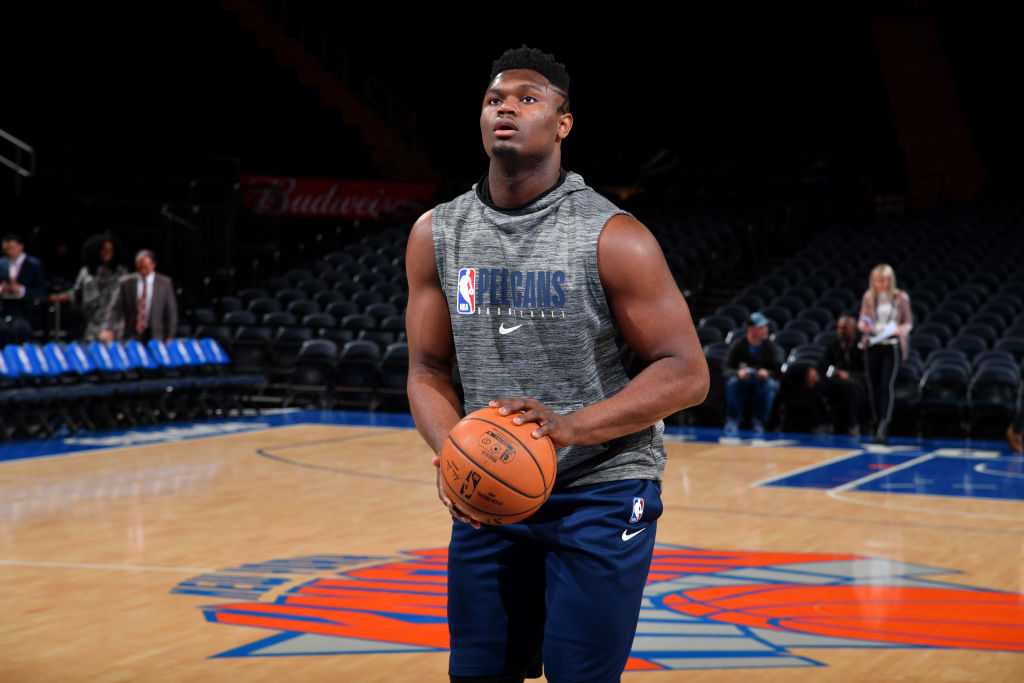 “He’s not normal,” says Griffin, who announced that the 19-year-old rookie will make his NBA debut Jan. 22.

Williamson underwent right knee surgery Oct. 21, and the Pels have been extremely cautious with his rehab.

“He’s doing s— from a physics perspective that no one else does,” Griffin says. “It’s fascinating to me. We’ve learned more during this process than we’ve taught him.”

The Pelicans engaged in a teamwide heavy weightlifting routine for just one week during the offseason. Williamson gained eight pounds of muscle during that span, a degree of weight gain that shocked staffers.

“He’s not normal,” Griffin says. “So finding stasis with Zion is the challenge, because he’s 19 years old. He’s still growing. It’s not going to be about a number. It’s going to be about metrics of flexibility and strength and control and all of the different things that we can measure that really are outside of weight.”

Leading the Pelicans in their care of Williamson is Aaron Nelson, whom they hired in May as their vice president of player care and performance.

“Aaron Nelson has been with all of the best that have ever done this,” Griffin says. “He’s added years to everybody else’s career. They’ll figure it out.”