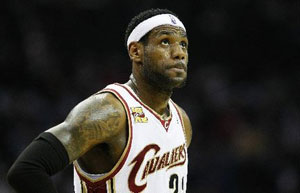 Even in a down year such as 2011, the NBA Draft packs a lot of excitement—and has for a long time.
This being the case, it’s difficult to imagine how little interest the Draft—or the teams for that matter—generated in the early years of the NBA. The League’s pioneers struggled mightily to increase fan interest, and among a number of interesting initiatives, was the so-called “territorial draft,” which is little remembered today.

According to this league policy, a team could opt to forfeit a first-round pick before the Draft and select a “territorial” pick, defined as a local player, who presumably would get area fans into the seats. This policy was actually in effect from the late ‘40s until 1965 and a number of legendary players were drafted as territorial picks—Ed McCauley, Tommy Heinsohn, Guy Rodgers, Wilt Chamberlain, Oscar Robertson, Dave DeBusschere, Jerry Lucas, Bill Bradley and Gail Goodrich among them.

A “local” player was defined as one who played at a college within 50 miles of an NBA team’s arena, but the NBA did not always interpret the rule in this way. Wilt Chamberlain played at the University of Kansas, but in 1959, after a year with the Harlem Globetrotters, was drafted as a territorial pick by his hometown team, the Philadelphia Warriors (the justification being that there was no NBA team anywhere near Lawrence, KS).

With the Chamberlain case in mind and because many current NBA players are associated more closely with their hometowns than with the colleges they briefly touch down on, we thought it would be fun to compile a list of current NBA players who grew up (or played much of their high school ball) within 50 miles of an NBA arena. If the territorial draft was still in effect—Bill Buntin, Bill Bradley and Gail Goodrich in 1965 were the last three players chosen as territorial picks—the following NBA players would have been eligible to have been selected in the Draft as territorial picks by teams near their home turf:

Think of the possibilities, fantasy ballers!

Peter A. Coclanis teaches at UNC-Chapel Hill and Alex Coclanis is a rising junior at the same school.