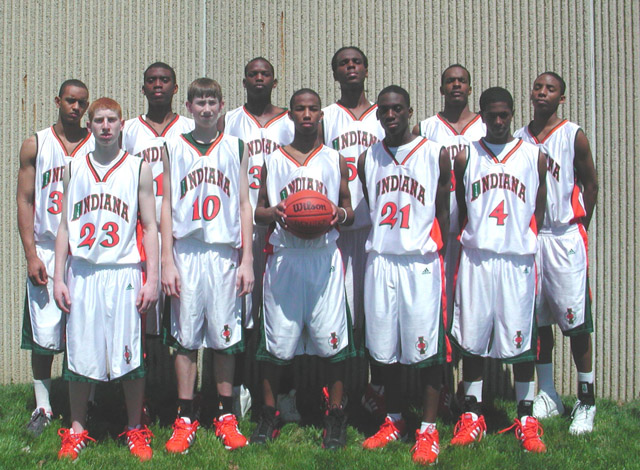 SLAM: Tell us about your hometown.

Gordon Hayward: I grew up in Brownsburg, IN, which is a west-side suburb of Indianapolis. When I was growing up, they were famous for their little league baseball teams—we had two teams go to the Little League World Series. My cousin was on one of those. It’s a sports town. When I was a senior, [the residents] went crazy because we won the state finals, so everyone was all hyped up on that.

SLAM: What kind of impact did growing up there have on you?

GH: For one, I was surrounded by a lot of good people, and that really helped me out. It was sports related, but it was a lot more than just sports.

SLAM: Did you come up in a competitive basketball environment?

GH: Oh, definitely. Everyone went to the games. I remember going to high school basketball games every Friday and watching those. I didn’t even know what was going on, but I was watching them. For sectionals and regionals, it was standing room only.

SLAM: Are there any notable spots that you grew up spending a lot of time at?

SLAM: Speaking of, you almost quit basketball for tennis.

GH: Yeah. It was the end of freshman year [in high school], and I was like 5-10, 140 pounds, so I just wasn’t very big, and I loved basketball and I loved playing it, but I wanted to play a sport in college. And I was pretty good at tennis, but it’s one of those sports that you have to play year-round if you really want to be good. So I was being realistic when I said I might just want to quit basketball, but I loved it too much to quit.

SLAM: How easy of a decision was it to stay in Indiana and play at Butler?

GH: It was pretty easy. I didn’t get recruited that much, so there were only a couple choices anyway, but once you visit Butler, and the people there, and Hinkle Fieldhouse is legendary.

SLAM: What was the best lesson you learned during your time there?

SLAM: What do you remember about Draft night last year?

GH: I remember I was super nervous. I didn’t know where I was gonna go, and it was just like my future is imbalanced. I was projected to go like 10-20, I think anywhere from 8 to 22, so I had no clue where I was gonna go. We didn’t really find out until right before it happened. It was definitely nerve-wracking.

SLAM: Was there a point for you over the past year where you realized, OK, I can fit in and compete in this League?

GH: This year was up and down for me, and up and down for the Jazz. I would have really good games, and I would have games where I wouldn’t play much and I didn’t do very well. There were multiple times where I was like, I can do this, I know I should be here. I guess the last game of the year where I scored 34, that was the time when I found that I definitely belonged.

SLAM: Do you get to give back charity-wise at all?

GH: We do lots of stuff with the Jazz, but when I came back to Indianapolis when we played the Pacers, one of my ex-teammates Avery Jukes, from Butler, has this thing called the Jukes Foundation. So he had a charity event set up at Butler, and I went over to Hinkle Fieldhouse and signed a bunch of stuff, took pictures and just met with the fans again, and it all went to charity. It felt good.

SLAM: Growing up, if you could only watch one guy play, who would it have been?

GH: Definitely Reggie Miller. Being from Indiana, Reggie was the man. I was a little too young to watch some [of the series] against the Knicks, but I saw the videos and always watched him. In the backyard, I always wanted to be him.