Hope and Optimism in Atlanta? 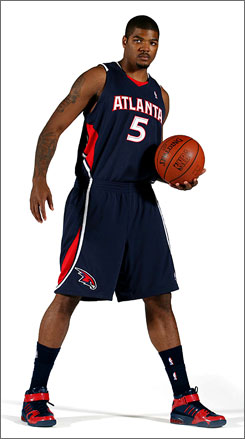 The Atlanta Hawks’ struggles over the last, oh, let’s go with decade, have been well documented in these parts (mostly here). We know about their draft blunders, the crippling injuries, and the comical mismanagement of assets by the front office.

According to Billy Knight, the much-maligned team GM, those days are behind his franchise and he warns its fans to prepare for a great season in the Dirty. From the AJC:

“The bottom line is going to be what happens between the lines,” Knight said. “The coaches have worked hard to do what they need to do to get this team ready and the players have certainly put in their work. Now they have to produce when the lights come on. We think we’re ready for it and ready for the challenge, and it’s absolutely a challenge. But I think this team is ready for it.”

“We’ve got more quality depth than we’ve had from top to bottom. You add it all together and we should see some fruition of this in the won-loss column.”

The good news for Hawks fans is that this isn’t just empty talk from a man well aware of the insecurity of his job should the team fall on its face this year: The Hawks have a strong (if not young) nucleus which can only improve; the point guard play (a bane to the existence of those who follow the team closely) has been addressed; and for the first time in a long time, there’s a legitimacy to the hope and optimism springing forth in Atlanta.

And if none of the above works out, at least the team will have pretty new uniforms to wear this season.