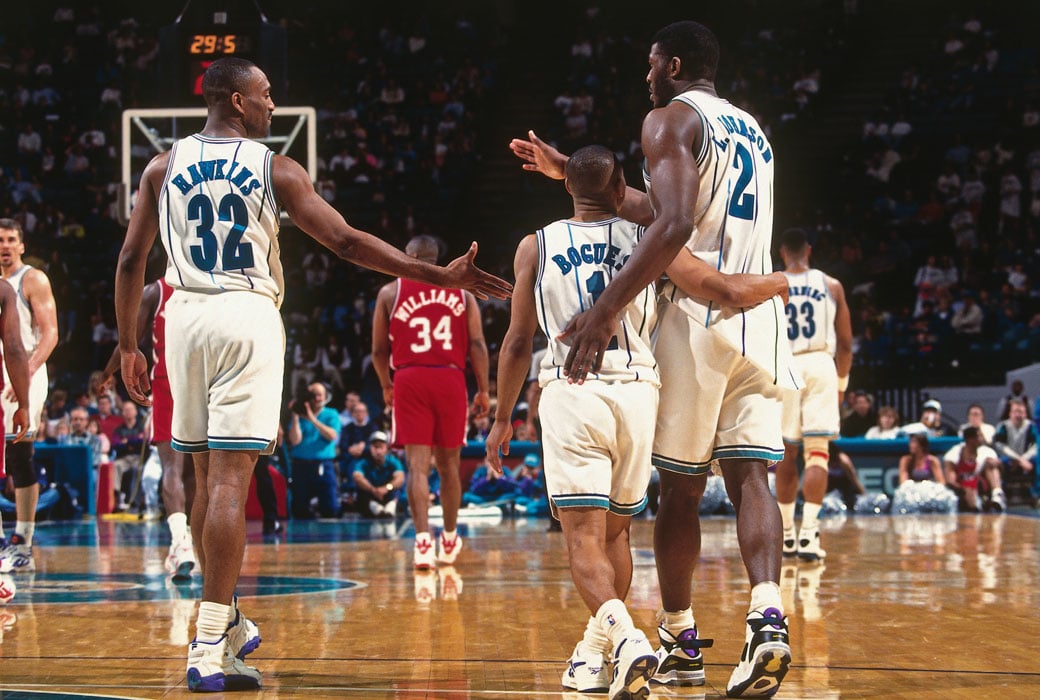 On Wednesday, the Charlotte Hornets unveiled a new white Classic Edition uniform for the 2018-19 season — the franchise’s 30th overall. The squad will wear them during a series of “Classic Night” games that celebrate their history.

🔥 HERE IT IS 🔥 Introducing the new white Classic Edition uniform to be worn during the 2018-19 season when the franchise celebrates the 30th Anniversary of the inaugural 1988-89 Hornets season!

The uniforms feature aspects that reflect the ones worn from 1988-97, such as the crossover V-neck, multi-colored pinstripes in light blue, royal blue, green, and purple, and the throwback Hornets logo on the waistband. They are expected to be made available at retail in November.

RELATED:
Kemba Walker Plans on Being a Hornet ‘for a Long Time’