How the Playoffs will be covered 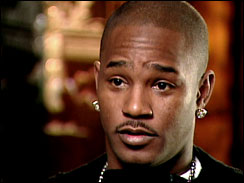 My plan for slamonline’s coverage of the playoffs is so simple and obvious, I don’t know why it didn’t cross my mind sooner. But first, a public service announcement.

Nobody has to email me about this. I am aware. Maybe I’m getting soft in my late 20’s, but I feel like I have outgrown Cam’ron and Dip Set. After years of dumbing myself down to be able to understand it, I just can not do that anymore. He says he wouldn’t snitch if there was a serial killer living next door to him. I think there is a difference between snitching and being a responsible citizen. You could say that going on 60 Minutes and talking about not snitching is a form of snitching. I understand that he is playing a character as 95% of rappers are, much like many people who act one way professionally and another in their personal life. Pretending to be an organized crime figure is the exact opposite of what real members of an organized crime family do. Their concern is to have the appearance of legitimate businessmen, not draw attention to themselves on one of the most widely viewed TV shows in the world. This is a new low.

Seriously, this is too ridiculous for me. I am ashamed to have ever been called Sam’Ron or Killa Sam. Kids, don’t be afraid to talk to your local authorities. Not all cops are out to get you. I have already emailed information about the story to some of my favorite bloggers, which means that I have snitched. Take THAT!

Again, I am fully aware of the preposterousness of this story. Will it move me to watch 60 Minutes? Probably, but only because of that Anderson Cooper and his steely gaze. No ho…… sigh. It’s over.

Onto the playoff coverage. To be honest, I’m only writing this post to have an excuse to write about the end of Dip Set in my life. But here goes.

Eight different writers will be covering each of the eight series. Each one has been instructed to take ownership of his series. That’s the whole idea. Brilliant in its simplicity, much like Hannibal’s plans from A-Team. Or were those needlessly complicated? Anyways, they are assigned like so:

Vincent was SLAM’s latest copy editor. It was too good not to have someone named Vince doing the Toronto series, plus he will be at the games where everyone will be cursing out someone else named Vince. Lang and I will manage the whole project, chime in with more general observations, and keep the whole thing moving along. Look out for the previews today. Jake already got started. It’s playoff time. Welcome to everyone who is here for the first time after ignoring the glorified exhibition schedule. It begins.

CRITICAL UPDATE: I have created a new category for all the playoff posts, which you can go to here. Maybe next week we’ll fix a special page for it like All-Star. But today is Jason Brightman’s last day. If you scroll to the bottom of any page on the site, you will see his name. He is moving on, and he should be able to enjoy his last day without taking on an extra project like that. But go to the playoffs home page for the latest posts.