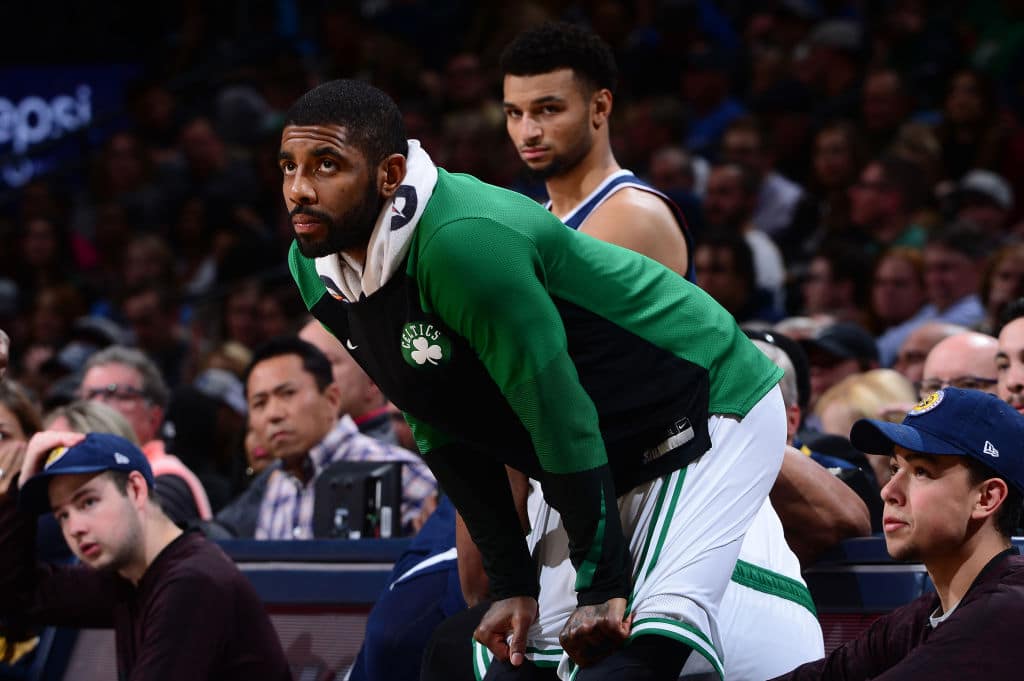 An enraged Kyrie Irving hurled the ball into the crowd Monday night in Denver, earning himself a “well deserved” $25K fine from the NBA.

Irving says his actions were justified after Nuggets guard Jamal Murray “disrespected” the Boston Celtics by launching a late three-pointer in an attempt to reach the 50-point mark.

Kyrie didn’t want Murray to hang on to the rock he used to score his career-high 48.

“From a competition and competitive standpoint, I think it absolutely deserved to go in the stands,” he said. “You just don’t play basketball like that. It’s as simple as that. You just don’t. There’s a tradition and a respect within the league as well as in any basketball game. Obviously you’ve won the game, you have it sealed, you’ve had a great game, game of your life, and you do something like that, it’s petty, it’s immature, and we’ll see him again though.”

Murray clearly wanted to reach 50 points a little too much. In the process, he violated one of the few unwritten rules in the NBA.

“He knew,” Irving said. “It’s not like I hold any resentment toward it, but hopefully going forward after this, he doesn’t do anything like that. … I felt disrespected after the game. So your career-high ball goes in the stands.”

Related
Jamal Murray: Celtics Know ‘I Was Trying to Get 50’