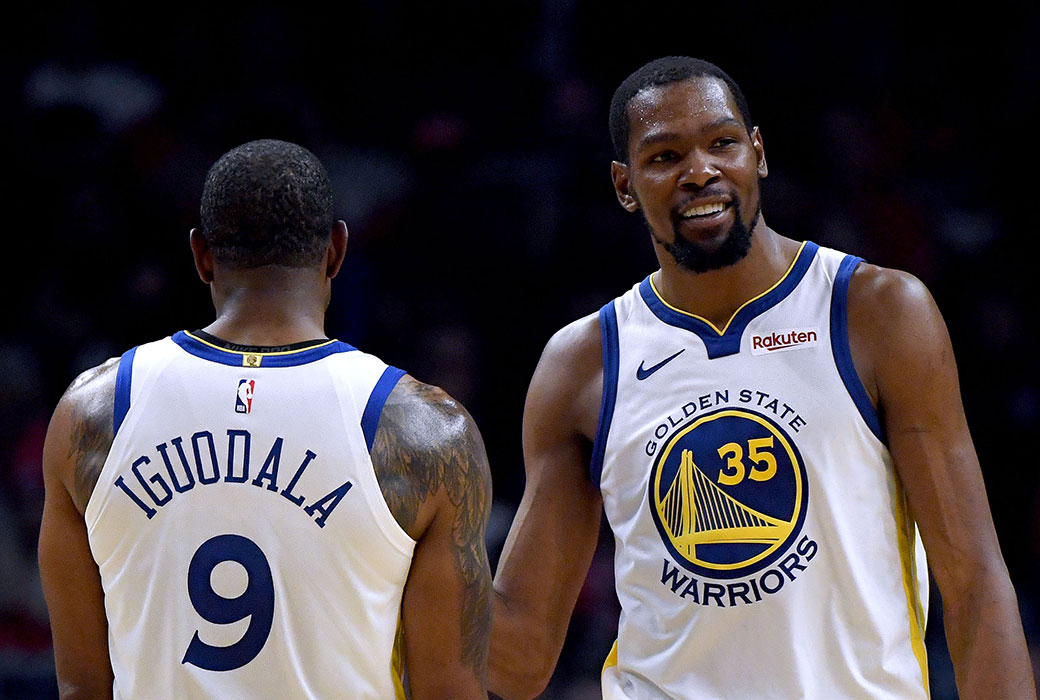 Miami Heat wing Andre Iguodala isn’t one to tell people what they want to hear, which begs the question: Is there really a chance that Kevin Durant wins the MVP next season?

Making an appearance on TNT’s “The Match” on Friday, the three-time NBA champion said he expects former teammate Stephen Curry to have a great year, but Durant is his 2021 MVP pick (via NBC Sports’ Marcus White).

“Both guys will be great next year,” Iguodala said. “I’m looking forward to seeing KD. My preseason MVP [pick].”

Durant, who missed the entirety of the 2019-20 season after rupturing his Achilles during the 2019 Finals, is widely regarded as one of the League’s top-three players when healthy.

A 10-time All-Star, four-time scoring champion and two-time Finals MVP, KD has been an elite scorer ever since he entered the League. There’s never been a season that Durant averaged below 20 points per game, and since his second season, he’s shot better than 46.0% from the field and 35.0% from three-point range.

Durant averaged 26.0 points, 6.4 rebounds, 5.9 assists and 1.1 steals per game in 2018-19, his last season with the Warriors. On any other team, that would have been enough to garner MVP consideration, but Golden State was so stacked that he only finished eighth in MVP voting.

If Durant can replicate those numbers with the Brooklyn Nets next season while guiding them to one of the East’s top-three records, Iguodala just may be right.