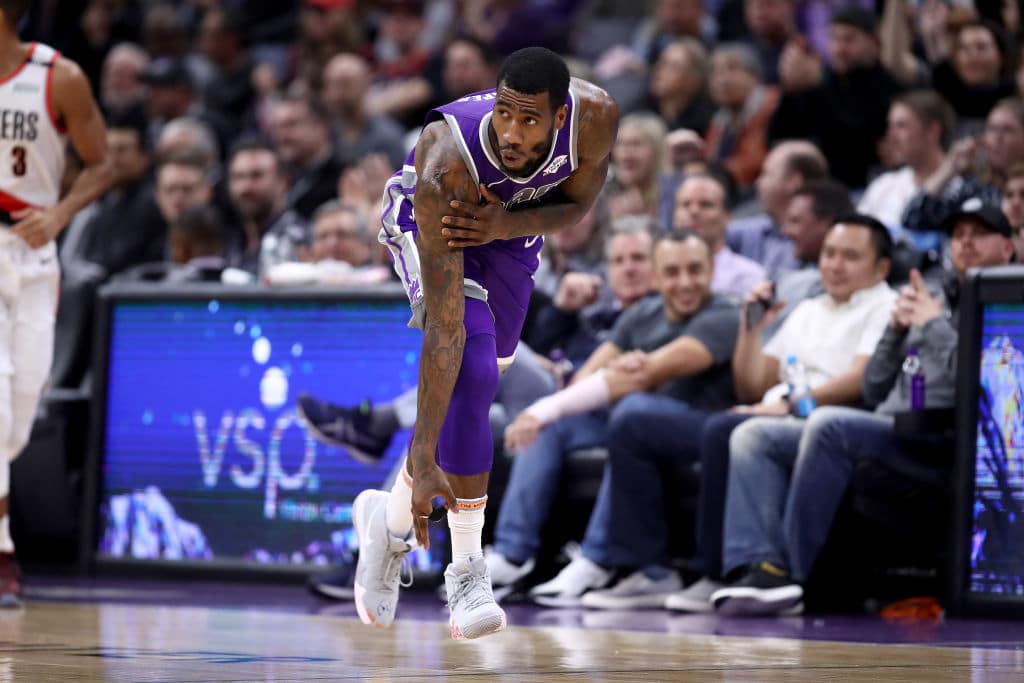 Shump issued an apology on social media following the game, and attempted to downplay the incident.

I apologize to the fans if I made a scene. Wasn't my intention but this 2019 stuff is all about a "story". Don't let that distract you from this young Scores ball club getting a great victory against a tested Blazers team #theScoresisHERE #purpletalk

I was respectful of their team's space and privacy. I waited outside and asked to have a conversation. I was greeted by team security that talked to me and I left. No story. #scores win.

Shumpert was furious about a hard screen set by the big fella in the second half of the Sacramento Kings’ 115-107 win.

Nurkic shrugged it off.

The 28-year-old Shumpert was called for a technical foul in the third quarter. He later was walked to the bench by a teammate after arguing with someone on Portland’s bench.