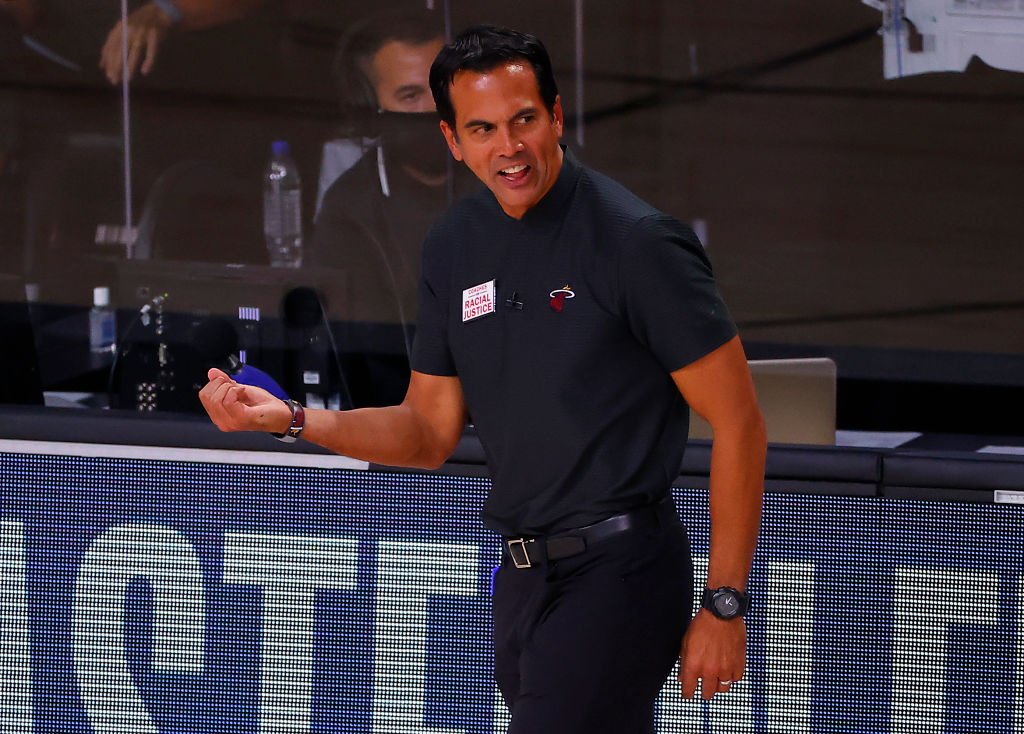 Erik Spoelstra is known around the league as one of the better head coaches in the NBA. He’s had the head job for the Miami Heat since 2008, bringing them a ton of success. His teams, regardless of the talent level, always play extremely hard and can never be taken lightly.

After an Eastern Conference Finals Game 2 win against the Boston Celtics earlier this week, Spoelstra moved to eighth all-time in playoff wins among coaches. This achievement, along with two NBA championships under his belt, make him one of the more decorated playoff coaches of all time.

This current playoff run alone has been a driving factor in him jumping so high in these rankings. After sweeping the Indiana Pacers in the first round and defeating the Milwaukee Bucks in five games in the second round, the Heat have already won two more games in their conference finals series. This gave Spoelstra ten additional wins in the playoffs, which allowed him to pass quite a few coaches on the all-time list.

Erik Spoelstra isn’t given enough credit. Although a good portion of his playoff wins came while coaching LeBron James, his ability to get the 2019-20 Miami Heat to this point in the playoffs says it all when it comes to how great of a head coach he is.