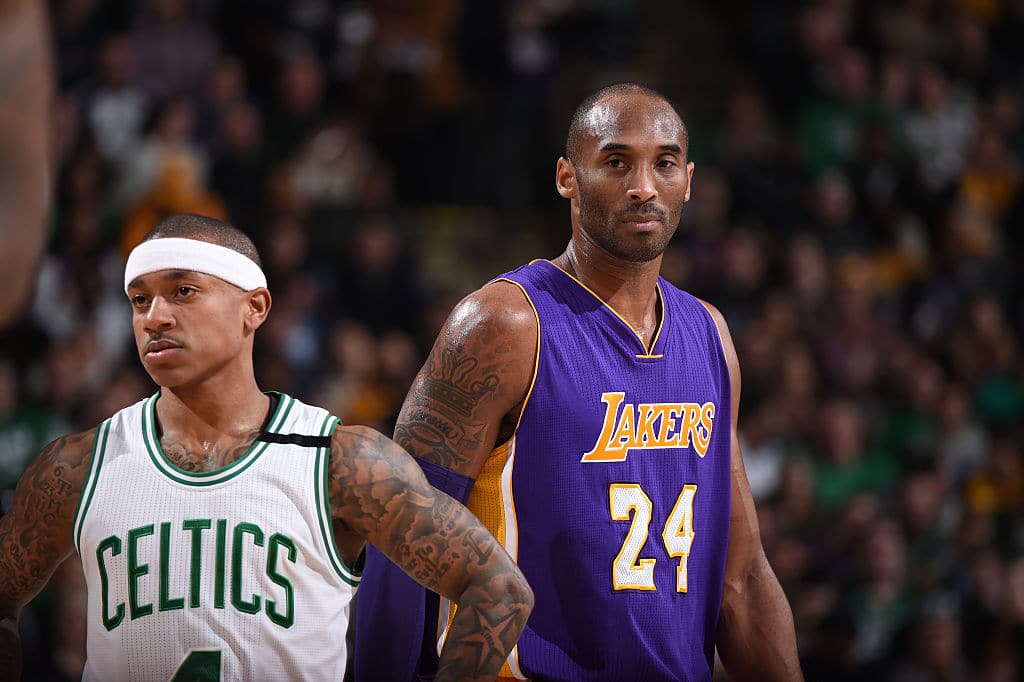 Kobe Bryant broke down game film with Isaiah Thomas during IT’s amazing postseason run with the Celtics last summer, and Thomas says it was an eye-opening experience.

The Lakers’ newest point guard admits that prior to the FaceTime sessions with The Black Mamba, he had “never even thought about basketball like that.”

“When we first sat down and watched film last playoffs, he was just going in so much detail of things that I never even looked at on film.”https://t.co/YZGkHuK2gT

Isaiah grew up rooting for the Purple and Gold thanks to his father’s Inglewood roots, and reached out to Kobe a few years ago asking to pick his brain.

“We’d be on FaceTime watching film together on speakerphone,” Thomas said during his Lakers Voices chat on Tuesday. “He would tell me what he sees, what I can do and what I can do better to be able to get my team a win. That was throughout the whole playoffs.

“That was special to me, because to be able to have Kobe Bryant talk to you and help you out is amazing, especially for me. That was my favorite player growing up.”

“It was crazy, because I never even thought about basketball like that,” Thomas said. “And then when I started to think like that, I would see it before it happened in the game and I would think, ‘Damn, Kobe really just told me that last night.’”

Related
Kobe Bryant: Isaiah Thomas ‘Had the Courage to Ask’ for Help