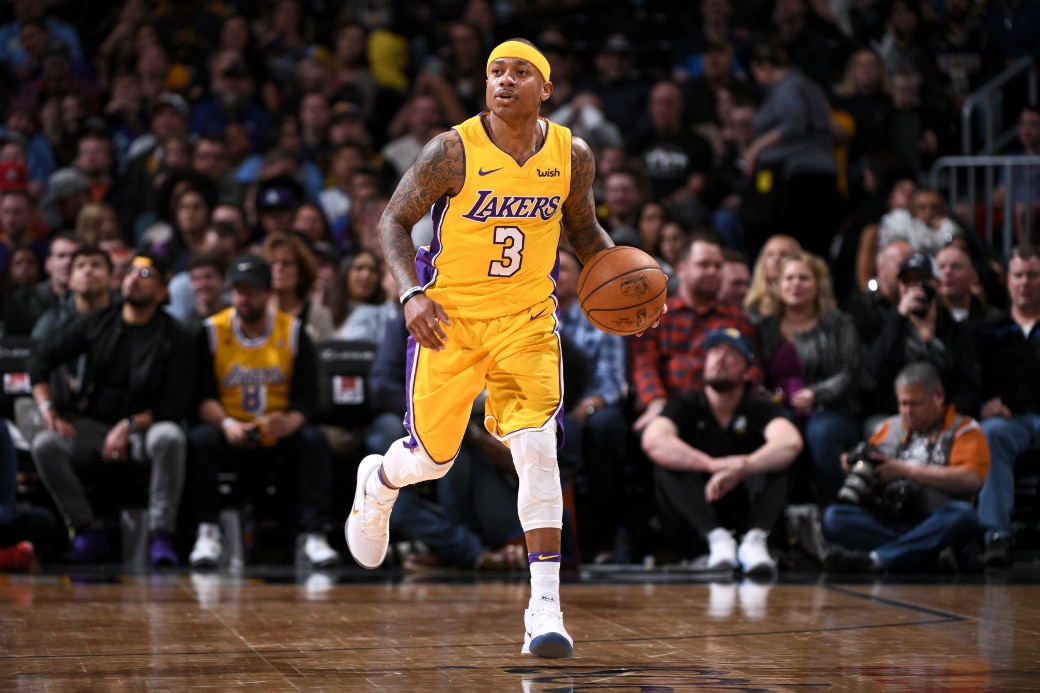 Isaiah Thomas made his first start as a member of the Lakers on Wednesday night, dropping 20 points and 7 assists in a 106-117 loss to the Warriors.

During an interview with USA Today‘s Sam Amick, IT made it clear that he plans to maintain that role in the future:

I’m not no sixth man. And I won’t be a sixth man (in the future). I just want everybody to know that, like clear as can be. I’m a two-time All-Star and a starter who has done things that a lot of people in this league haven’t done (when) given that opportunity.

Thomas was traded to Los Angeles at the deadline and came off the bench in his first 13 appearances:

I’m here to continue to get better, and I’m still – (expletive), I can reach levels that I know I haven’t reached yet, and I’m here to help along the way in whatever they need me to do, and I’m going to be a professional.

The 29-year-old guard will hit unrestricted free agency this summer.