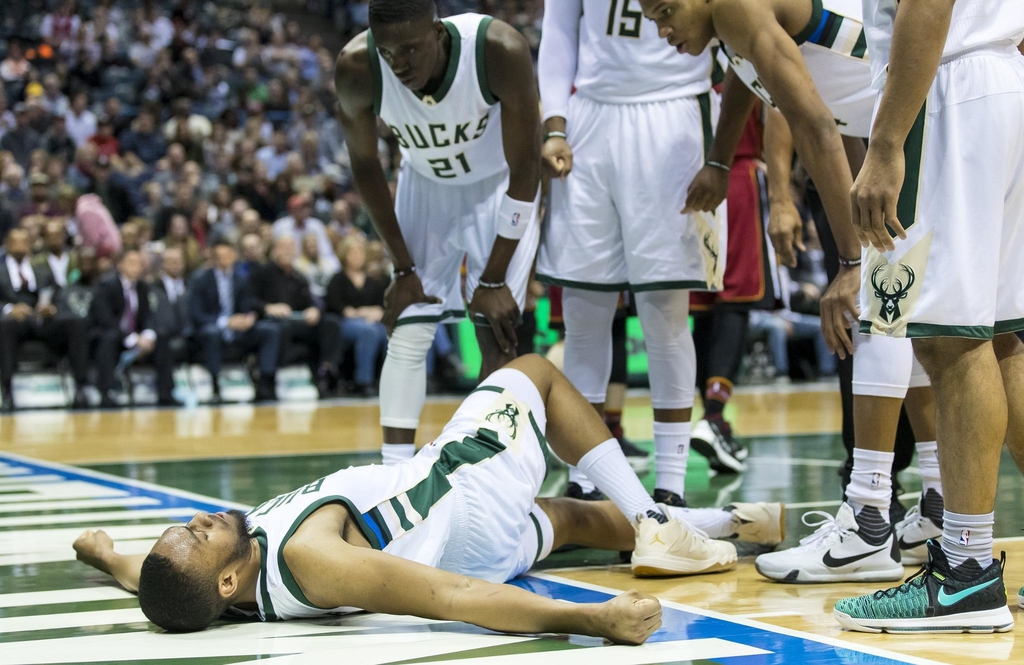 Update (February 9): For the second time in his career, Jabari Parker has torn the ACL in his left knee. He will undergo surgery and miss the rest of this season.

Bucks forward Jabari Parker suffered a left knee injury during the third quarter of last night’s game vs. Miami at the BMO Harris Bradley Center. This morning, Parker underwent an MRI that revealed a torn anterior cruciate ligament (ACL) in his left knee. Parker will undergo surgery to repair the injury and will miss the remainder of the 2016-17 season. The recovery and rehabilitation period is estimated at 12 months.

Bucks’ Jabari Parker helped off the floor after going down with non-contact knee injury pic.twitter.com/HEoDcpN3p7

It’s the same knee that required surgery during his rookie season when he suffered a torn ACL.

An MRI is scheduled today to determine the severity of the injury.

Asked about Parker’s injury, (Bucks general manager John) Hammond said, “To this point, our doctors are calling it a knee sprain. We’re going to have an MRI (Thursday).”

Bucks center John Henson said, “I’m very concerned, man. Jabari, just to see him go down with an injury, it sucks. We hope it’s just a sprain. That’s what we’re all praying for. When it rains, it pours, man. We’ve got to fight our way out of this.”

Henson and other Bucks players ran out on the court after Parker was injured, and Henson and Michael Beasley helped him get off the floor. […] “He was yelling the whole time, ‘I just hyperextended it. It’s cool. I’m good.’ Hopefully, that’s what the case is,” Henson said.