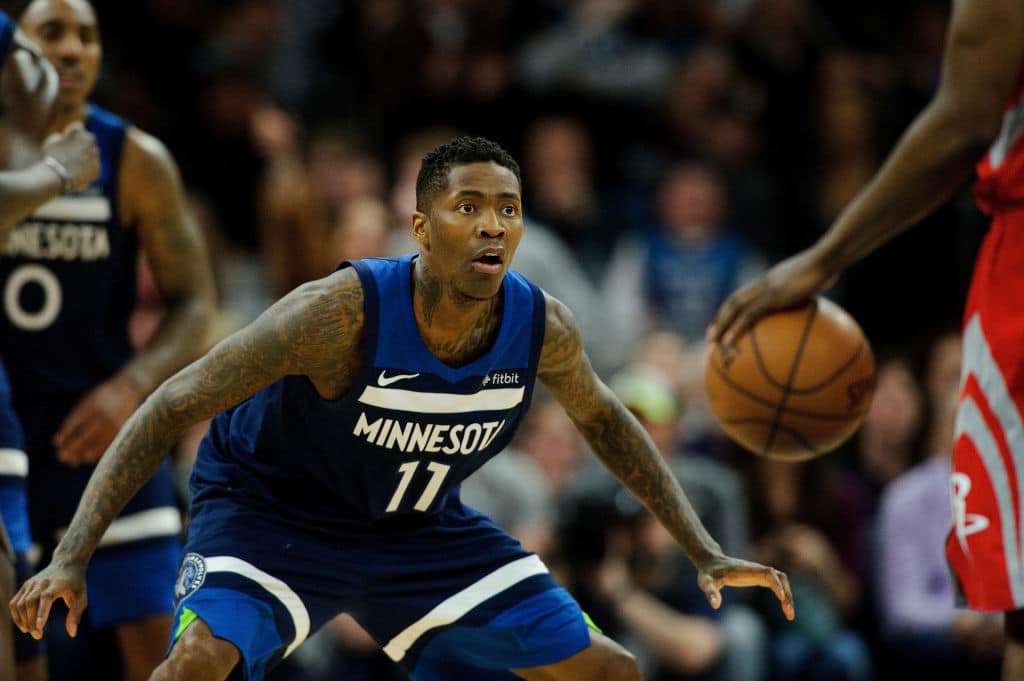 The 38-year-old, however, believes he’ll land on an NBA squad sooner or later.

Why is @JCrossover unsigned? Why did Jamal Crawford opt out of his contract in Minnesota? What’s next for the top #NBA free agent? Find out in @TheUndefeated. https://t.co/r5q37lKsRj

Crawford says he’s drawn interest this offseason, but is holding out for the right situation.

“There is interest,” Crawford said. “I could just sign a deal to sign a deal. I’m just waiting for the situation where I think I can help where I fit well. I don’t want to sign something just to sign it.

“I’m not saying ‘championship or bust.’ A team on the rise makes sense. I bring a specific skill set, so a team that needs me instead of just, ‘Oh, that can work.’ I feel like I just went through that last season, and I don’t want to do that again.”

Crawford says he has been staying in shape by working out daily and playing basketball regularly. So while he waits for the right opportunity, he says, his spirits are still high as he is rewarded with more time with his wife, Tori, and his kids.

“It’s different, but it’s not the worst thing, to be honest,” Crawford said. “This is the first time where my family are not separate from the standpoint of not living together in the same city. I had to get the kids to school and continue with our [family] business that we have to take care of.

“For me, it’s not the worst thing in the world because I’m spending time with them. I’m just staying ready and being patient.”