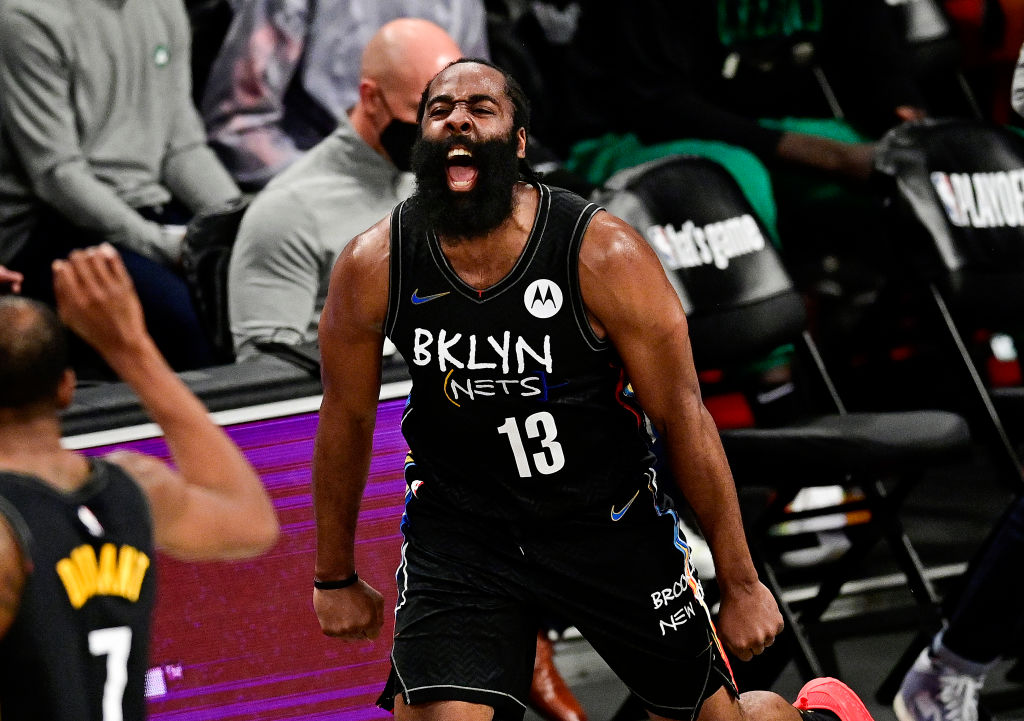 While the Brooklyn Net’s three-headed dragon only played eight games together in the regular season, their dominant 4-1 series victory over the Boston Celtics has proven it’s nearly impossible to trade buckets with them.

The scary realization many fans and players around the League are coming to is just how in sync the three offensive juggernauts are, each recognizing when they need to assert their play style more, or less.

Propelled by James Harden’s 34 point triple-double, the Nets advanced to the Eastern Conference semifinals after defeating the Celtics 123-109 last night.

Harden, continuing to cement is irreplaceable value on an already stacked team, kept the offensive motor of the team humming all night by dishing out 10 assists.

In all, The Beard averaged 27.8 points 10.6 assists and 7.2 rebounds while shooting 47.5% from beyond the arc in his first playoff series with the Nets.

.@JHarden13 saw daylight and knew he had to THROW. DOWN.

Harden also continues to blast open the Brooklyn Nets record books in his first season with the franchise, joining Hall of Fame point guard Jason Kidd as the only players in franchise history to record a triple-double in the playoffs.

The Beard capped off the night by tossing an all-red version of his Adidas Harden Vol. 5’s up to a young lucky Nets fan.

my favorite pair, from me to you kid… go be great! pic.twitter.com/LEACQfi7PG

Brooklyn will continue to rack up reps with their Big Three when they face the Milwaukee Bucks next Tuesday.