James Wiseman Only Worked Out with Hornets, Warriors 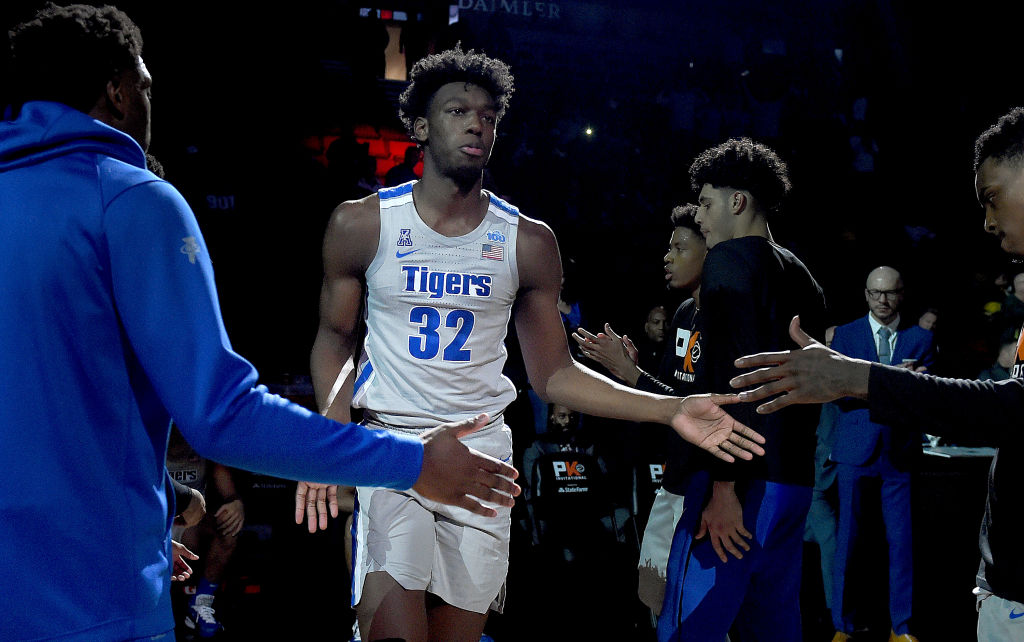 In an unpredictable class, Memphis center James Wiseman’s draft placement has been particularly difficult to gauge. With the NBA Draft scheduled for little over 48 hours from now, the 19-year-old center told the media, including SLAM, that he’s only worked out with two NBA franchises.

The Golden State Warriors and Charlotte Hornets, who pick at No. 2 and No. 3 respectively, have been in constant contact with Wiseman and were the two teams to formally work the promising prospect out over the course of the pre-draft process.

Wiseman confirmed that he had been in touch with the Minnesota Timberwolves, who hold the No. 1 pick, and other teams but stressed that the Warriors and Hornets were those he’d been in most direct contact with.

While Wiseman’s frame and skill set make him a plausible candidate to be selected first overall, there’s no consensus over the order in which the draft’s top prospects will be selected.

Wiseman played just three games at Memphis before leaving the program due to eligibility issues but his production in the small sample size was a sight to behold.

Wiseman averaged 19.7 points, 10.7 rebounds and 3.0 blocks per game in just 23 minutes of action per night in the NCAA and has been preparing for the NBA Draft in Miami, Florida since.

The seven-foot-one Memphis product is a prototypical, modern day big man with a skill set that draws comparisons to those of Chris Bosh and Anthony Davis.