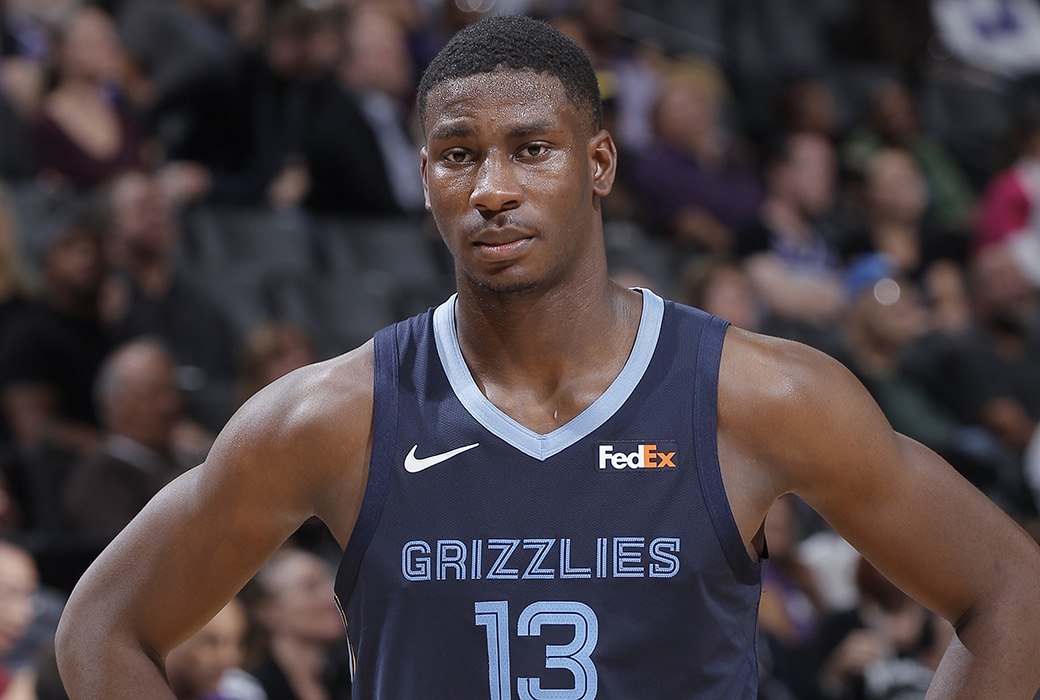 Since being drafted by the Grizzlies back in June, rookie Jaren Jackson Jr has come to learn a lot about the powerful history of his new hometown.

Nearly 51 years ago, over 1,000 African-American sanitation employees in Memphis went on strike, protesting terrible working conditions and discrimination by the city. The men were forced to endure long hours for low wages and safety standards were poor. Two workers, Echol Cole and Robert Walker, were taking shelter from the rain in the back of their garbage truck when a switch malfunctioned, turning on the compactor and killing them both. The tragedy proved to be the final straw, provoking the start of the protest.

As the strike gained momentum and was faced with resistance, Dr. Martin Luther King Jr expressed his support and eventually traveled to Memphis to deliver speeches and lead marches. On April 4, 1968, Dr. King was assassinated on the balcony outside his room at the Lorraine Motel, one day after giving his famous “I Have Been to the Mountaintop” address.

Throughout the civil rights movement, Memphis was the site of much racial tension and social activism, which is why it’s appropriate that the Grizzlies—the only professional sports team in the city and an important piece of the community—host a game on MLK Day (5:30pm ET vs. the Pelicans on TNT).

Grizzlies offering free tickets to MLK Game at 4:30 p.m. for furloughed government employees during the current federal government shutdown. At the FedExForum Box Office, workers with an I.D. for any federal government department will be able to claim two tickets while they last.

Last week, Jackson Jr and veteran Joakim Noah participated in a panel discussion with 100 local students. We caught up with Jaren to hear about the experience and talk about using your platform.

SLAM: What topics were addressed during the student panel discussion you helped lead last week?

Jaren Jackson Jr: It was mostly about the kids. We were trying to shed light on important qualities you have to have, like leadership, and how they can apply that in their lives as it relates to ours. There’s a lot of things that we can’t relate to, just because of where we are in our lives, but there’s also a lot of things they can learn from our experiences and there’s things that we can learn about them—to help them be better in the community and help others to be better in the community.

SLAM: What was your major takeaway from the experience?

SLAM: What does it mean to you to play on MLK Day?

SLAM: How has being in Memphis influenced your understanding of the history of the civil rights movement?

JJJ: It’s impacted it in a crazy way, just because you get to see firsthand what went on here and get to learn more about the history. You knew a lot of stuff already, but learning more, it just helps you get a better grasp on how the community is feeling. Learning more about that is just good and it adds to the game as well, especially with it being at home.

SLAM: You see a lot of current and former athletes today using their platforms to speak out about social, political and racial issues. What are your thoughts on those efforts?

JJJ: Any way you can make an impact using your voice, using your platform, is good. Anybody who’s doing that is doing a great job, just expressing their voice. It’s something that no one has to do, so it makes it more special when they do.

SLAM: Has playing in Memphis strengthened your desire to get involved in those efforts as well?

JJJ: Not anymore than it already was. I was always that type of guy, who just would always want to speak out on things like that. Not in any aggressive, over-the-top way, but just continue to live like that. You live like that and set examples by the way you live.

SLAM: Is that something you’ve always been focused on—making an impact outside of basketball?

JJJ: For sure. In more ways than one, making an impact outside and using your platform for good. Just trying to be remembered in a good way.

SLAM: You’ve gotten the chance to visit the Civil Rights Museum in Memphis. What struck you about that experience?

JJJ: Just seeing the actual places. They describe every place. The place where MLK got shot. They show his bed, his room. They show where the bullet came from, they show where he was standing. They show everything about that day. It kind of puts you back in the place and helps you experience it, even though you can’t really experience it.

SLAM: Why is it important to you to continue to honor Dr. King’s legacy?

JJJ: He’s a guy who wanted everybody to use their voice for whatever they believe in. That’s what everybody continues to do now. They pass that knowledge on to people who are younger than them, pass that knowledge on to anybody who needs it, and continue to help and inspire people. It goes bigger than civil rights—it applies to everything. That’s just what he was involved in. He wanted equality and he wanted everybody to use their voice to spread that message, which people continue to do now.