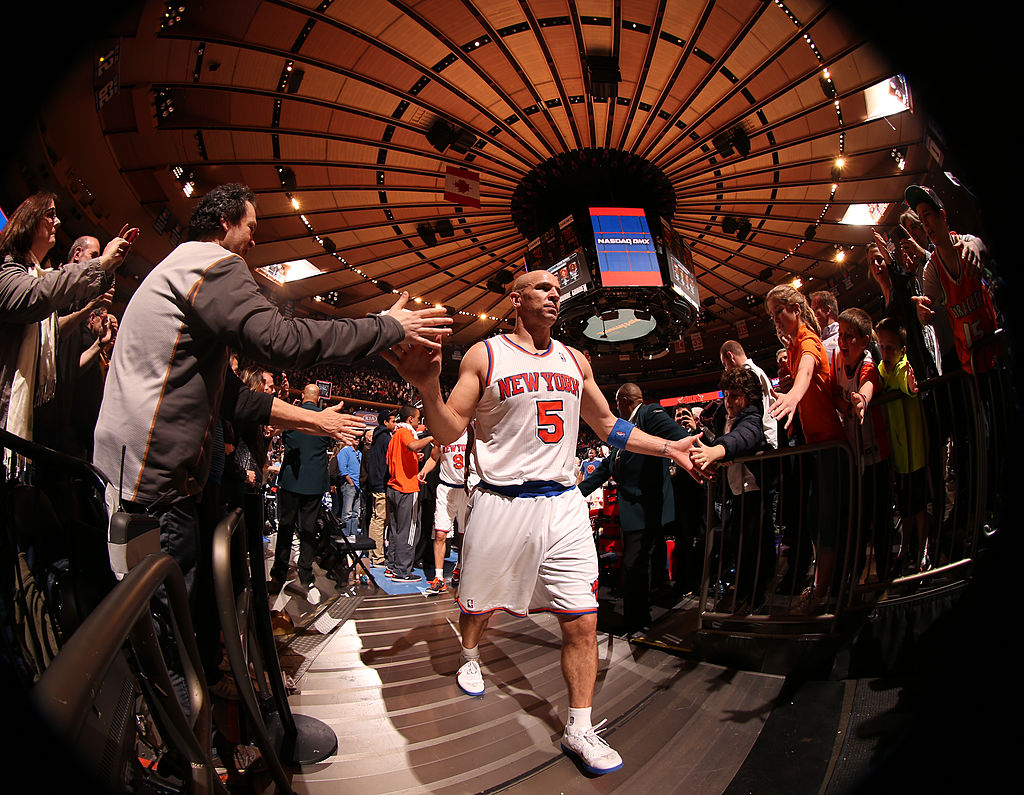 The New York Knicks are in the market for a new head coach and Jason Kidd has emerged as the frontrunner for the position. Stefan Bondy of the New York Daily News reports that Kidd has been pegged by the franchise as an effective conduit for attracting free agents.

Kidd, of course, served as the head coach of the Milwaukee Bucks between 2014 and 2018 and has a strong relationship with 2021 free agent Giannis Antetokounmpo.

Given New York’s famous desire to go all in in the pursuit of big name free agents, the choice would make sense.

“He’s a big part of my success in the league,” Antetokounmpo told the Associated Press following Kidd’s dismissal from the Bucks in 2018. “I’m loyal to the people I work with. I love him as a person. I care about him as a person.“

Despite the potential recruiting benefits, Kidd isn’t regarded as the team’s top coaching choice across the board, however, and for that reason the team would likely be intent on choosing his assistant coaching staff.

Popular choices to join Kidd at the request of the Knicks are Rod Strickland, Kenny Payne and Mike Woodson, all of whom have ties to recently appointed Knicks executive William Wesley.

We wrote about how the Knicks would interview the current Los Angeles Lakers assistant last month. At that time, former Chicago Bulls and Minnesota Timberwolves coach Tom Thibodeau was regarded as the frontrunner for the position.

According to Bondy, the Knicks are unwilling to meet Thibodeau’s contract demands.

While Kidd’s Hall of Fame playing days unfolded largely in Dallas, Phoenix and New Jersey, he did finish his career with the Knicks franchise.