Jason Terry: ‘What [Giannis] Does In The Paint I’ve Never Seen Other Than Wilt’ 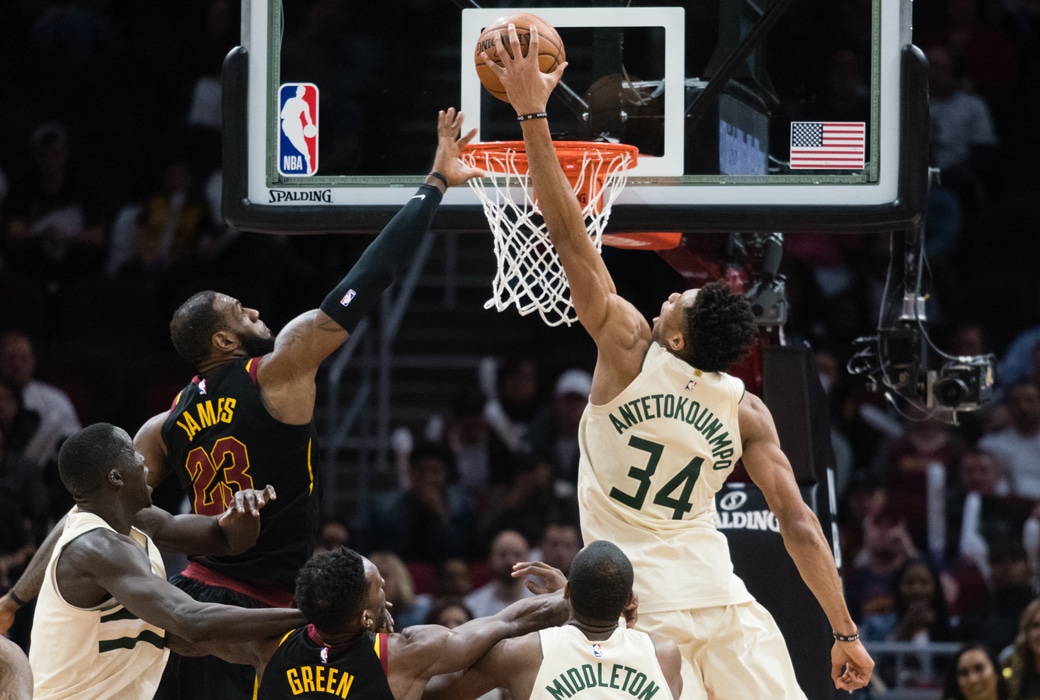 Veteran Jason Terry, who has been in the NBA since 1999, had high praise for Milwaukee Bucks teammate Giannis Antetokounmpo, via ESPN‘s Nick Friedell:

“It takes a special skill set to pick up different pieces of everyone’s game,” Terry said. “He’s got the fadeaway now that’s kind of like Kobe. He shoots off one leg sometimes like Dirk. What he does in the paint I’ve never seen other than Wilt Chamberlain, being able to take on three guys and then just finish with a power dunk. What he’s going to add and what he’s working on now is the hesitation pull-up from 3, which is kind of like Tracy McGrady.”

RELATED
Giannis Antetokounmpo: ‘I Want To Work With Kobe This Summer’