Jason Terry Intends to Outplay Thunder Bench By Himself 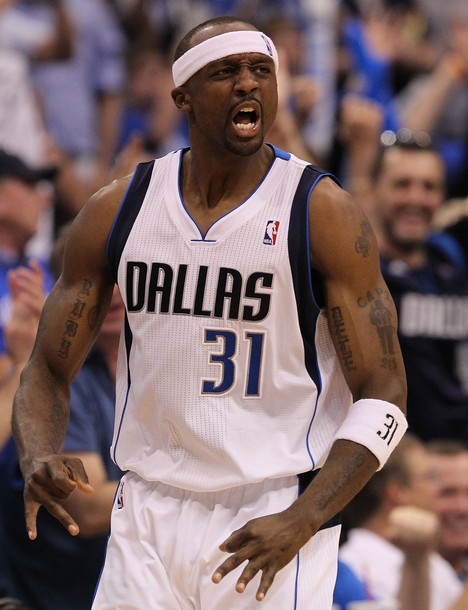 Star power in the matchup is of the high-wattage variety, but bench play may ultimately decide the winner of the series.

The Mavs’ explosive sixth-man Jason Terry knows how critical his play will be, and he’s more than a little sure of his ability to come through.

Jason Terry outperformed the NBA’s Sixth Man of the Year, Lamar Odom, last series. Now he goes up against “The Beard,” Oklahoma City Thunder second-year sixth man James Harden. But Terry, never one to think small or keep his thoughts to himself, is thinking big picture and talking about it.

“I’m trying to outperform their entire bench,” Terry said after Monday’s practice. “That’s what I do.” Surely, Harden and other Thunder reserves such as guard Eric Maynor and forward Nick Collison will find that interesting. “Whichever bench comes to play and outplays the other one,” Terry said, “the other team has the advantage.”

Terry is the leading bench scorer heading into the series on either side, so he’s entitled to feel confident.

James Harden and the rest of the OKC Thunder reserves will need to make Jason Terry regret his words if they are to eventually move on to the NBA Finals.