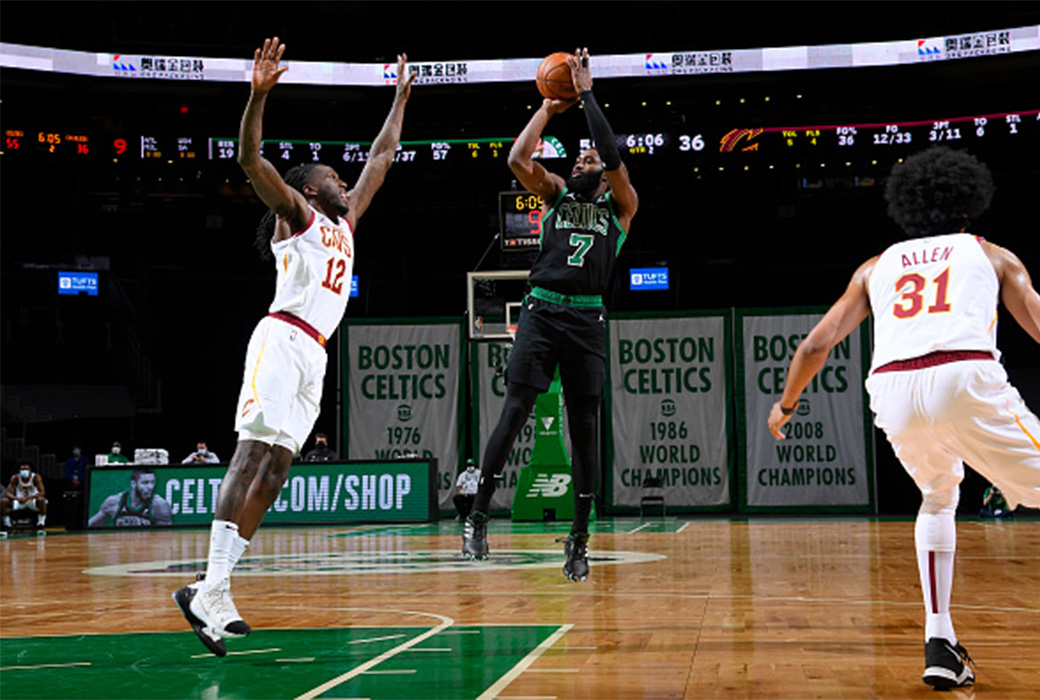 Celtics forward Jaylen Brown was on fire in Boston on Sunday, scoring a game-high of 33 points in just 19 minutes in a win against the Cleveland Cavaliers.

Brown shot 13-of-20 from the field in just 19 minutes, setting a record for the most points scored in under 20 minutes in an NBA game since the shot clock was instituted in 1954.

With this being Brown’s fourth straight game scoring at least 25 points, it will be interesting to see if he can keep his flame lit in their next game against the Chicago Bulls on Monday at 9 p.m.