Jayson Tatum: ‘I Definitely Have Gotten a Lot Stronger’ 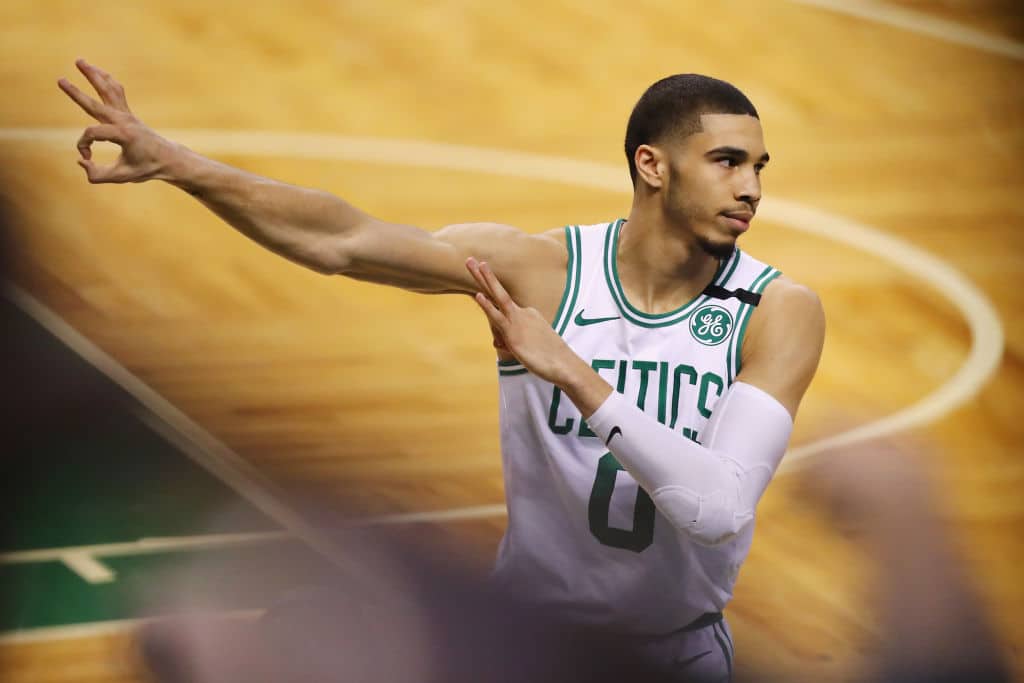 Jayson Tatum made strength training his “main priority” this summer, and the 20-year-old reports that he is now “a lot stronger.”

Tatum believes the added bulk will help him play through contact and strengthen his ball-handling.

‘I definitely have gotten a lot stronger’: Here’s what Jayson Tatum’s been up to since you saw him last https://t.co/kEuLCo87Nt pic.twitter.com/xzmWQzdz0h

The Celtics forward is coming off an impressive rookie campaign—playing 80 regular season games, and averaging a team-high 18.5 points per game during the playoffs—and says he’s not worried about playing time next season on a ridiculously-deep Boston squad.

“It’s tough to put on a bunch of weight right now, being how young I am, but I definitely have gotten a lot stronger,” he said. “That’s really all I can ask for. I don’t really want to get too heavy, you know. I still want to be able to move in the paint.”

Tatum said it does not matter to him whether he starts or comes off the bench.

“I understand how deep our team is,” he said. “I just care about winning and doing what I can while I’m on the floor.”