Jayson Tatum: ‘I Know I’m Going to Be an All-Star’ 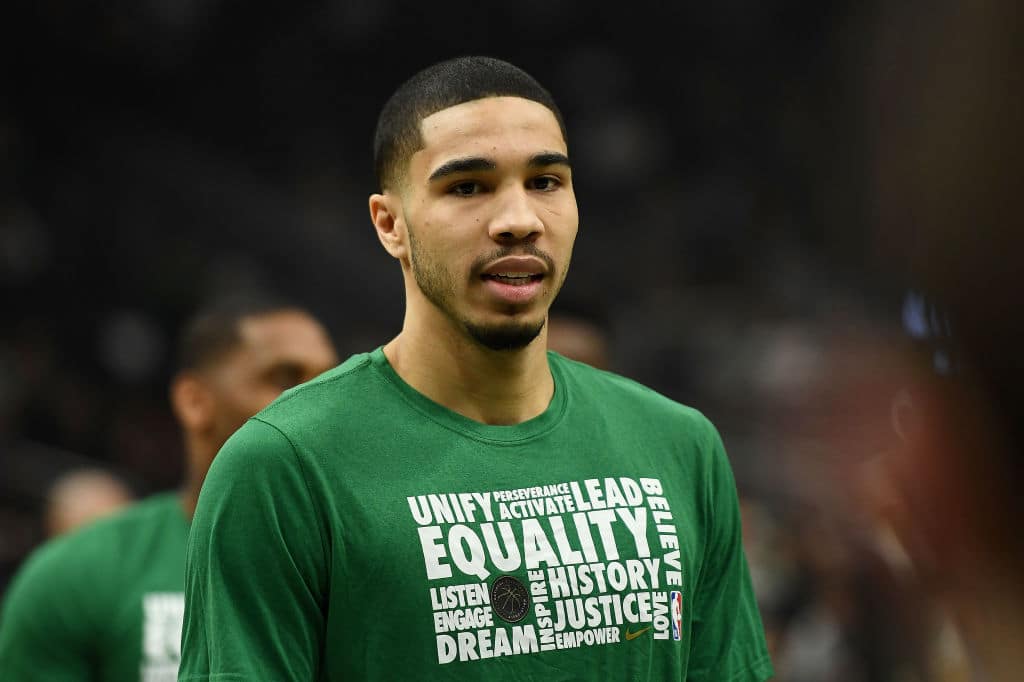 Jayson Tatum says he will be an NBA All-Star sooner or later.

Whether it happens in Boston or not, though, remains very much up in the air.

Tatum, 20, will be a centerpiece in the Anthony Davis sweepstakes this summer, and adds that he will “play for anyone.”

“I know I’m going to be an All-Star,” Tatum told The Athletic. “It wasn’t this year, so it will be next year. There are definitely certain guys that are able to achieve things at faster rates than others, and I know I can be one of them. Nobody puts higher expectations on me than myself.”

Around him, the Celtics compiled the arguably the deepest team in the NBA outside of Golden State. For the season, Tatum is averaging 16.4 points and 6.3 rebounds.

Tatum, for his part, isn’t letting any uncertainty about his future affect him.

“I’ll play basketball anywhere,” Tatum told The Athletic. “I’ll play for whoever wants me. That’s my job. I know I can’t control any of that stuff, so I’m not going to lose sleep over it. Trade talk doesn’t bother me.

Related Jayson Tatum: ‘I’m Glad to Still Be on the Team’