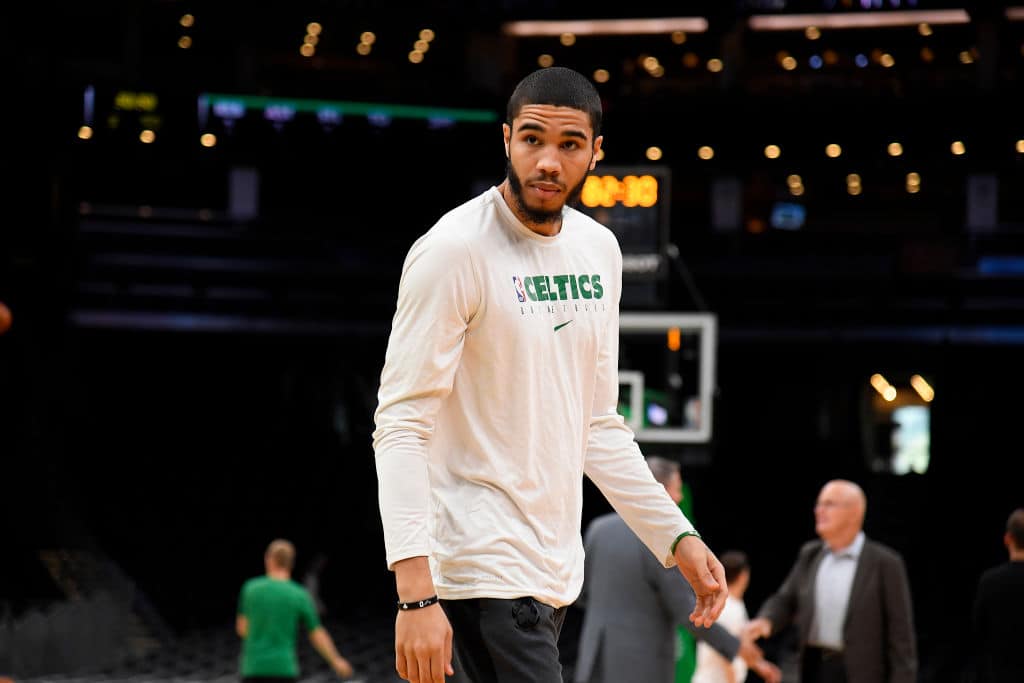 Jayson Tatum pushed back against the suggestion that he learned bad habits from Kobe Bryant when he trained with his basketball idol two summers ago.

The 21-year-old is determined to shoot more three-pointers, layups and free-throws this season, but has no plans to abandon the mid-range jumper.

“I’m still going to shoot the midrange,” he said. “I’ve seen all the people talking about the de-Kobeing. Kobe didn’t teach me anything bad. Everything we talked about and he showed me was great.

“Last year, with the jump I didn’t make that everybody expected, it was not his fault. He’s one of the greatest ever, so everything he taught me was — I’m very grateful, and it helped me. I’ve got to take responsibility for how I played last year not being as big of a jump that people thought. But I’m still going to shoot midrange.”

Tatum acknowledged that last season did not go as expected, but he said the responsibility for that falls on him.

“That’s why I’m excited for this year,” he said. “But Kobe didn’t teach me bad habits. I didn’t say that.”