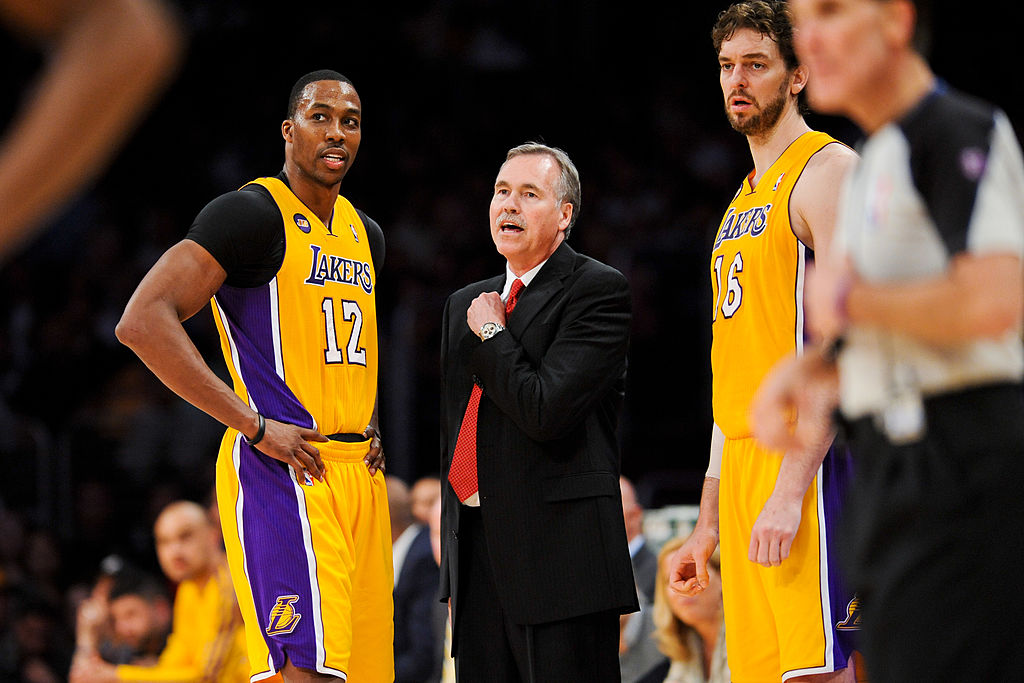 D’Antoni “wasn’t going to put him in a position to succeed,” Buss told a group of season ticket-holders.

Howard, 34, has found success and happiness playing a smaller role in his second stint with The Purple and Gold.

“I understand why he left because we hired a coach that didn’t respect his game and wasn’t going to put him in a position to succeed,” Buss said, referring to current Houston Rockets Coach Mike D’Antoni. “A player, when they become a free agent, has every right to go where they will feel the most productive. But what was important is we never burned the bridge.”

“Well, thank you, Jeanie, for always taking up for me,” he said. “I appreciate it. But that happened in 2013 and I’d rather just leave it there and focus on what we’re doing this year. We’re the best team in the NBA. We have an opportunity to win a championship this year. So, I don’t want to dig up anything from the past.”

Throughout the season he has been reluctant to speak too much about the past.

“It didn’t work out the way we all wanted it to,” Howard said about his first stint with the Lakers. “I love Coach D’Antoni. The system he had, he thought that was going to work for us. So we bought into it. It just didn’t happen the way it was supposed to happen but now we got all the right pieces. We got some really good role players. We got some good guys who can put the ball in the basket. Great coaching staff. So we got everything we need to win it.”