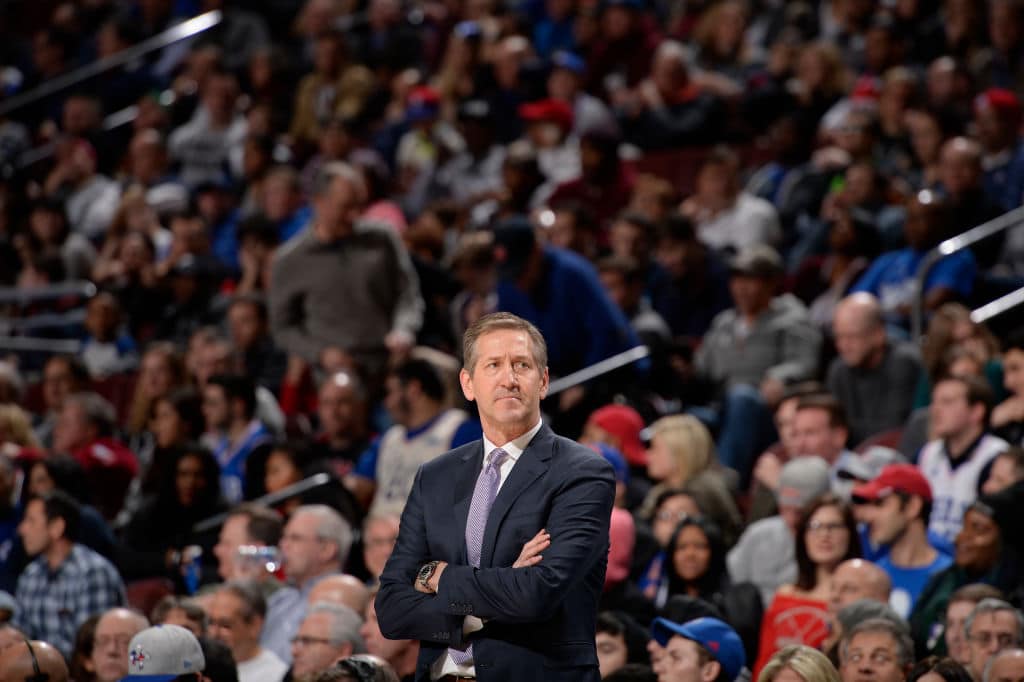 Hornacek has a year remaining on his current deal, and says he expects to be back in New York next season.

Hornacek on this season: "We got off to a good start with those guys. Then with injuries, were we deep enough with the top guys to overcome that? Obviously we weren’t able to. But that doesn’t mean that we haven’t improved."https://t.co/gKjh0PBN5K

“I still have next year so, unless they tell me something different,” Hornacek said before the Knicks let Damian Lillard torch them for 37 points in Portland’s 111-87 blowout victory Tuesday night.

When Hornacek was asked if he fully expects to be back, Hornacek responded, “I think everybody does.”

Management hasn’t given any indication publicly that Hornacek is that person. Knicks officials have said they will evaluate everything after the season. Some of the names linked to the Knicks’ coaching job have been Mark Jackson, David Fizdale, Doc Rivers, Jerry Stackhouse, Chauncey Billups and Jason Kidd.