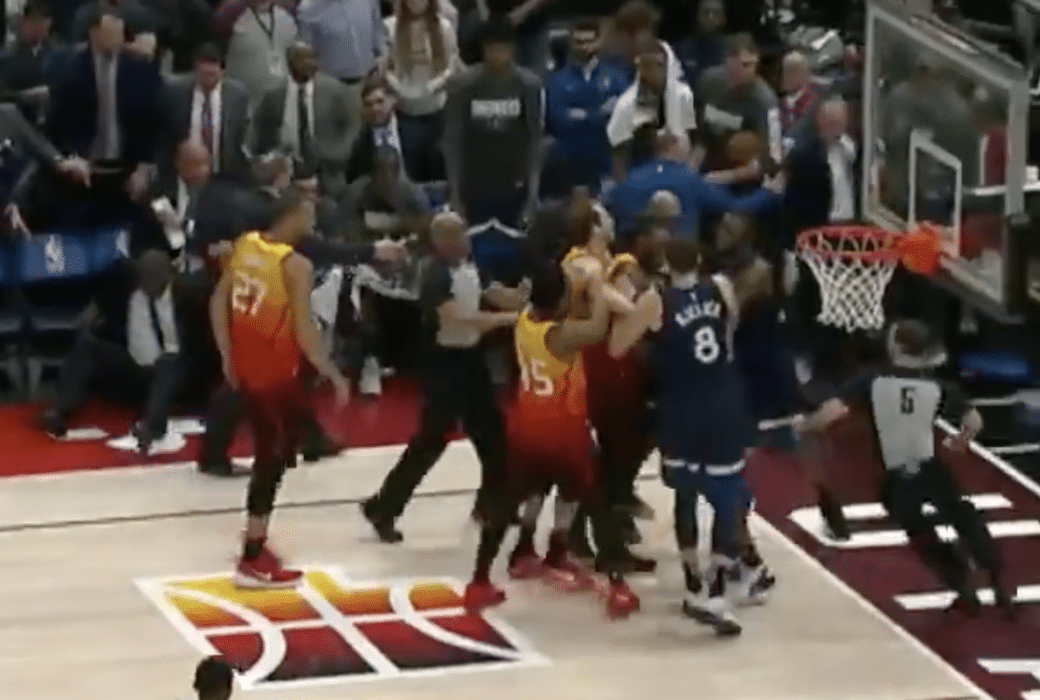 The Utah Jazz‘s game against the Minnesota Timberwolves got heated in the fourth quarter on Friday. With the Timberwolves trying to come back on the road, Jeff Teague chased down Ricky Rubio and appeared to hip-check him on a play that caused a brief scuffle between both teams. Take a look:

After the play, Jae Crowder got in Teague’s face as members of both teams exchanged words. Teague was assessed a Flagrant 2 and was ejected for his foul, then, while Utah was at the line, Crowder and Minnesota coach Tom Thibodeau got into it. The officials issued them double technicals. Crowder was ejected a few minutes later on another technical foul.