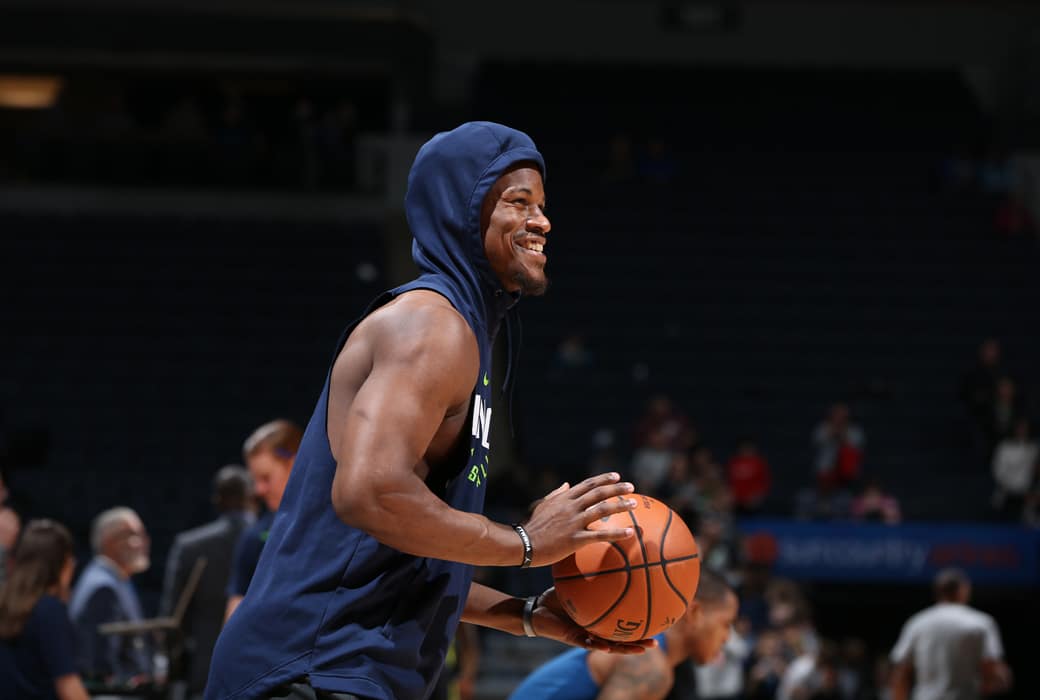 Good news out of Minnesota.

All-Star Jimmy Butler took part in five-on-five action during practice on Monday for the first time since tearing his meniscus, according to USA Today‘s Sam Amick:

Jimmy Butler took part in five-on-five action today for the first time since his Feb. 23 meniscus injury, I’m told, and it went well. The T-Wolves star remains on track for a return before the playoffs, but his return date remains unclear. Minnesota plays at Denver Thursday.

Butler, who suffered his injury back in February, has made it clear that he plans to return before the postseason starts on Apr. 14.