Jimmy Butler: ‘The Heat is on’ for the Sixers 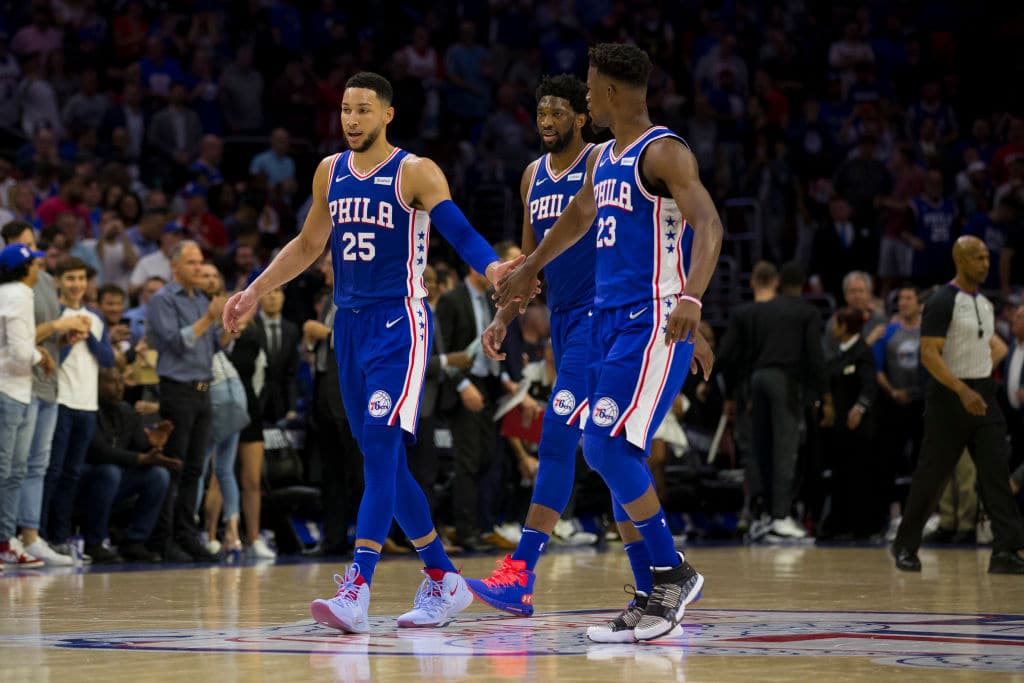 Jimmy Butler says the “heat is on” in Philadelphia.

Joel Embiid is the face of the franchise, alongside Ben Simmons, and ownership has tasked head coach Brett Brown with steering the Sixers to a deep postseason run.

Butler adds that he and Embiid have fully embraced the pressure.

“The heat,” Butler acknowledges, “is on.”

The weight of the franchise has been placed squarely on his broad Cameroonian shoulders, a responsibility he craves and accepts. Managing partner Josh Harris expressed in March that he expects Philadelphia to advance beyond last year’s second-round exit — at a minimum. Hanging in the balance is the future of his coach, and possibly Butler and Tobias Harris, both free agents in July, who will likely seek lucrative paydays. A playoff exit at the hands of the Raptors would muddy the waters for everyone involved.

The big man embraces his role as the indispensable Sixers component. “I want people to think of me as the most unstoppable player in the game,” he says.

With that comes scrutiny, much of it self-induced. Embiid thrives when he’s uninhibited, poking fun and declaring his supremacy. If it plants a bull’s-eye on his No. 21 jersey, then so be it.

“You’re preaching to the choir,” Butler says. “You get to a certain point in this league when they come after you if you do something wrong. And even if you do it right, it’s still wrong. Anything I do or say is blown out of proportion. Same with Joel. I love it. And he does, too.”

Related Joel Embiid: ‘We Think We Can Win it All’