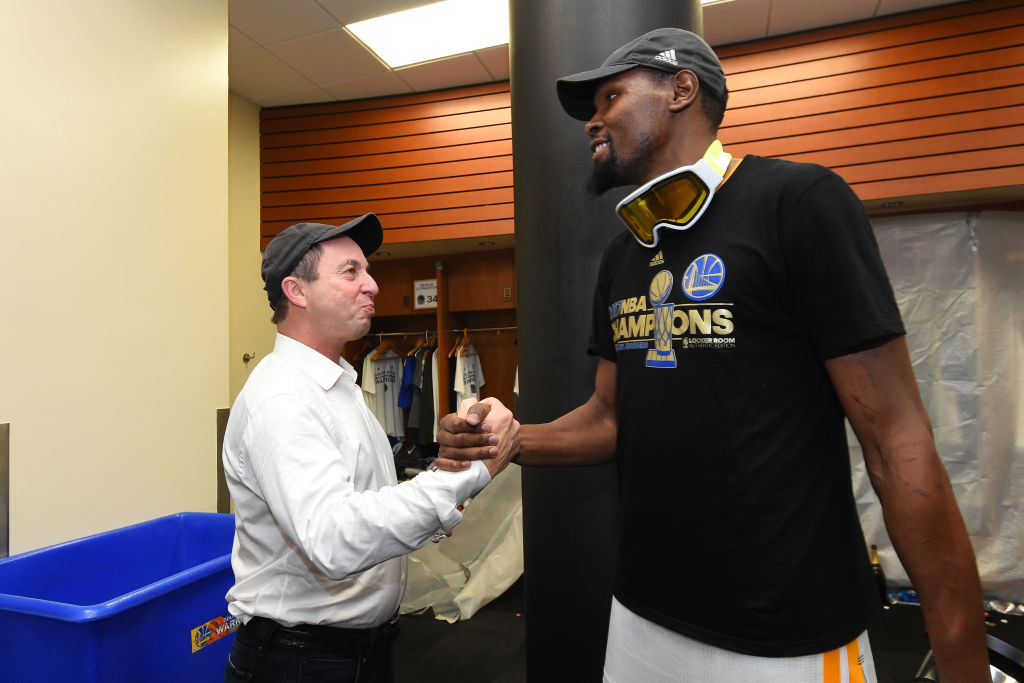 Kevin Durant had “every reason in the world to stay” with the Warriors as an unrestricted free agent last summer, according to team owner Joe Lacob.

“But I’m not going to be mad at him,” says Lacob, who felt a closeness with KD.

“We’re in a transition period right now, and I hated to see some of these guys go,” said Lacob.

“I mean, it bothered me. Those are tough things to do. But, it’s a business. And by the way, I don’t get mad, the other side of the coin, I can’t get mad when Kevin Durant, who I felt pretty close with, decides he’s going to leave.

“Which, to me, made no sense. Like, you’re the best organization, I hope he thinks, in the world … Winning. Other great players. The new arena. To me, there was like every reason in the world to stay, but I’m not going to be mad at him because it’s his life. And he earned the right and for whatever reason he decided he wanted to leave.”