Joe Lacob: Klay Thompson is the ‘Greatest Two-Guard on the Planet’ 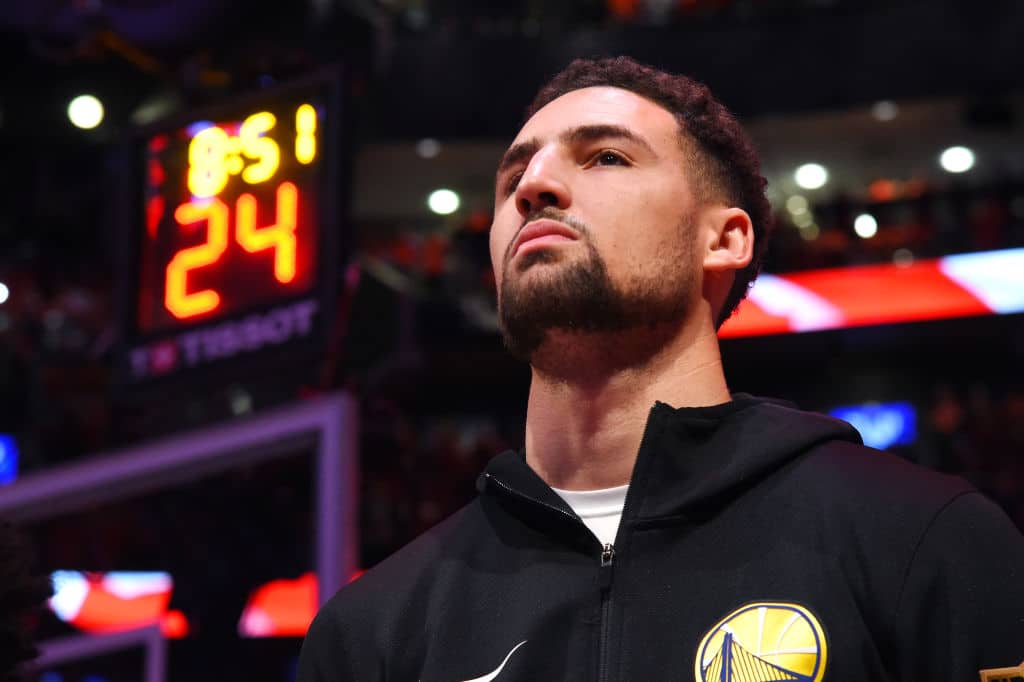 Despite Klay Thompson‘s torn ACL, Warriors owner Joe Lacob had “no doubt” in his mind prior to offering him five-year, $190 million max deal this summer as an unrestricted free agent.

Thompson is “the greatest two-guard on the planet,” according to Lacob.

Golden State intends to keep Klay and the remaining core “for a long time.”

Per NBC Sports Bay Area (via The Warriors Insider Podcast):

“There was no doubt in my mind, whatsoever,” Lacob said to NBC Sports Bay Area’s Monte Poole on the latest episode of The Warriors Insider Podcast. “I, and we, want Klay to be here for a long time. He’s one of my favorite players in the world.”

Thompson is expected to be out until around February or March and return before the playoffs if all goes well in his recovery.

“ACLs … not good, ok we know that,” Lacob said. “But stuff happens and that’s an injury that now people know how to manage. Plenty of people have come back from ACLs and done pretty well. Honestly, it didn’t even remotely cross my mind.”

For his ability to play at such a high level on both ends of the court, Lacob sent Thompson some high praise.

“Personally, I think he’s the greatest two-guard — I’m old school. I know it’s positionless basketball, but I go by positions. To me, he’s the greatest two-guard on the planet,” Lacob said. “He’s both ends. He’s a two-way player. He’s got great size and he’s an incredible shooter and he plays hard. What more can you ask for than Klay Thompson? Why would you not want Klay Thompson?”